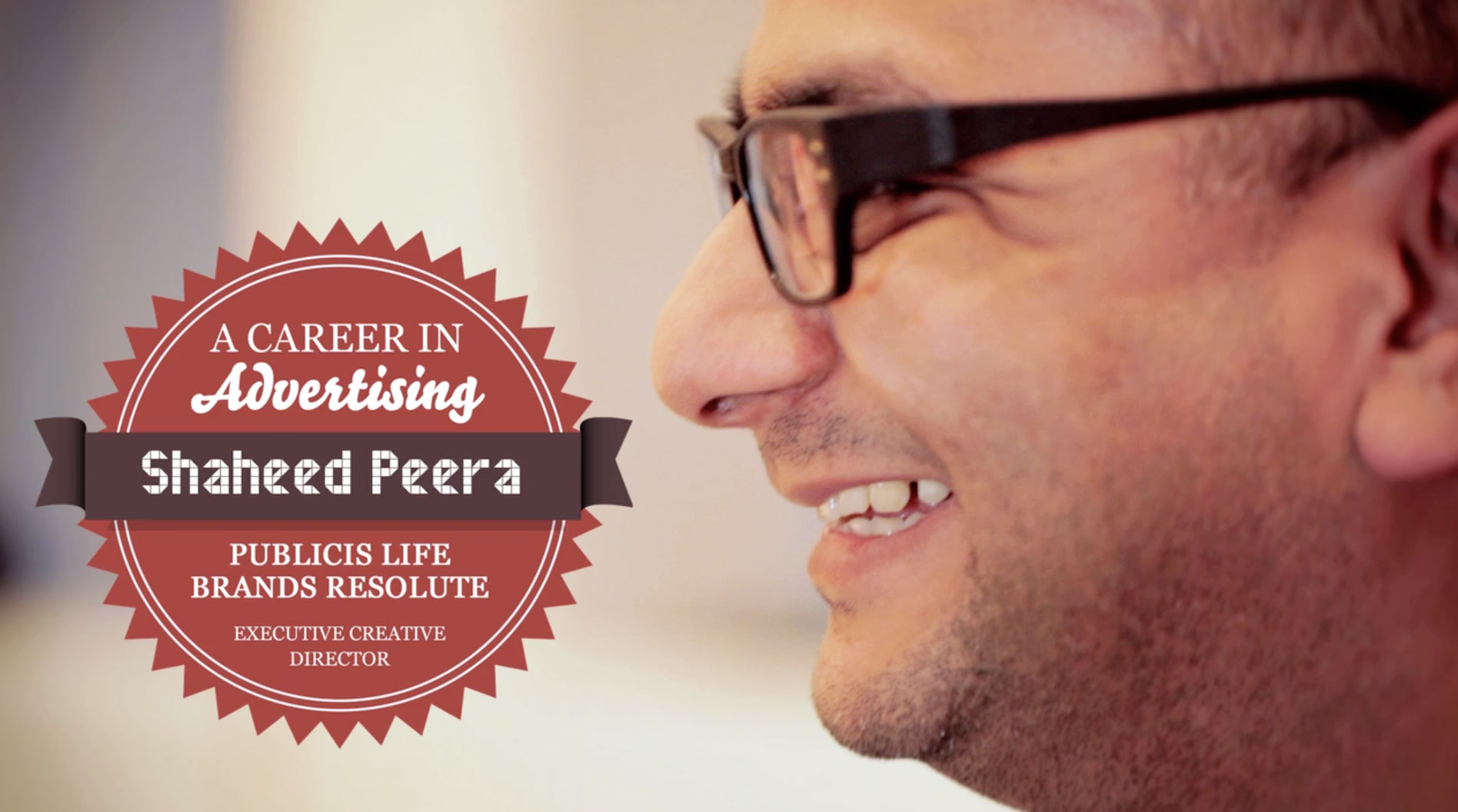 Shaheed started his career on the consumer side of the agency world.  He worked for the UK’s largest ad agency, AMV BBDO where he was the youngest person to ever win a D&AD Pencil. Among his many career accomplishments include having a Guinness Book of World Records for building the world’s largest robot for the NFL, the world’s first lenticular taxi for General Electric and Bayer Healthcare’s first augmented reality website.  Shaheed moved into health four years ago and within the first two years, became the world’s most awarded creative in healthcare with more than 100 awards and growing.

He joined PLBR two years ago and was responsible for the creative renaissance of the agency, building a team that has won numerous awards since his appointment, going beyond specialist health awards into the consumer arena.

Some of Shaheed’s highlights at PLBR:

2012 – In conjunction with The Ideas Foundation, PLBR beat off stiff competition from the likes of AMV BBDO, WCRS, DLKW/Lowe and BBH to create a social media game to launch Justin Timberlake’s film In Time.

2013 – He helped PLBR to become the first healthcare agency in 68 years to win at the prestigious Circle Awards. The agencies work was shortlisted at the 2013 Cannes Advertising Festival and The Campaign BIG Awards—the first ever by a PHCG or any healthcare agency from the UK.

But beyond the awards, the work of the agency has been celebrated at No.10 Downing Street and at the House of Lords. With a 100% pitch win during 2013, the agency has transformed itself into the most feared by its competitors.

Shaheed told Advertising Health - ”We’ve achieved a lot in a relatively short time. The agency has an unparalleled reputation and is arguably the No.1 health and wellness communications agency in the UK – if not the world. The EU role simply means I get an opportunity to start building more world-class creative agencies across the planet. ”

In his spare time, Shaheed is a mentor at Central St. Martins and various charities in London and founded the portfolio talent site called: The Creative Floor.

With the aim of raising the creative bar within the global healthcare market, he has recently launched The Creative Floor Healthcare Awards. Currently it is the only healthcare award show that has a mixture of the world’s best consumer and healthcare judges. The only one that will donate a proportion of profits to help young talent. The only one that awards Bravest Clients and Account Teams. Unlike other awards shows it will not have any hidden rip-off fees or contain any elitist categories.