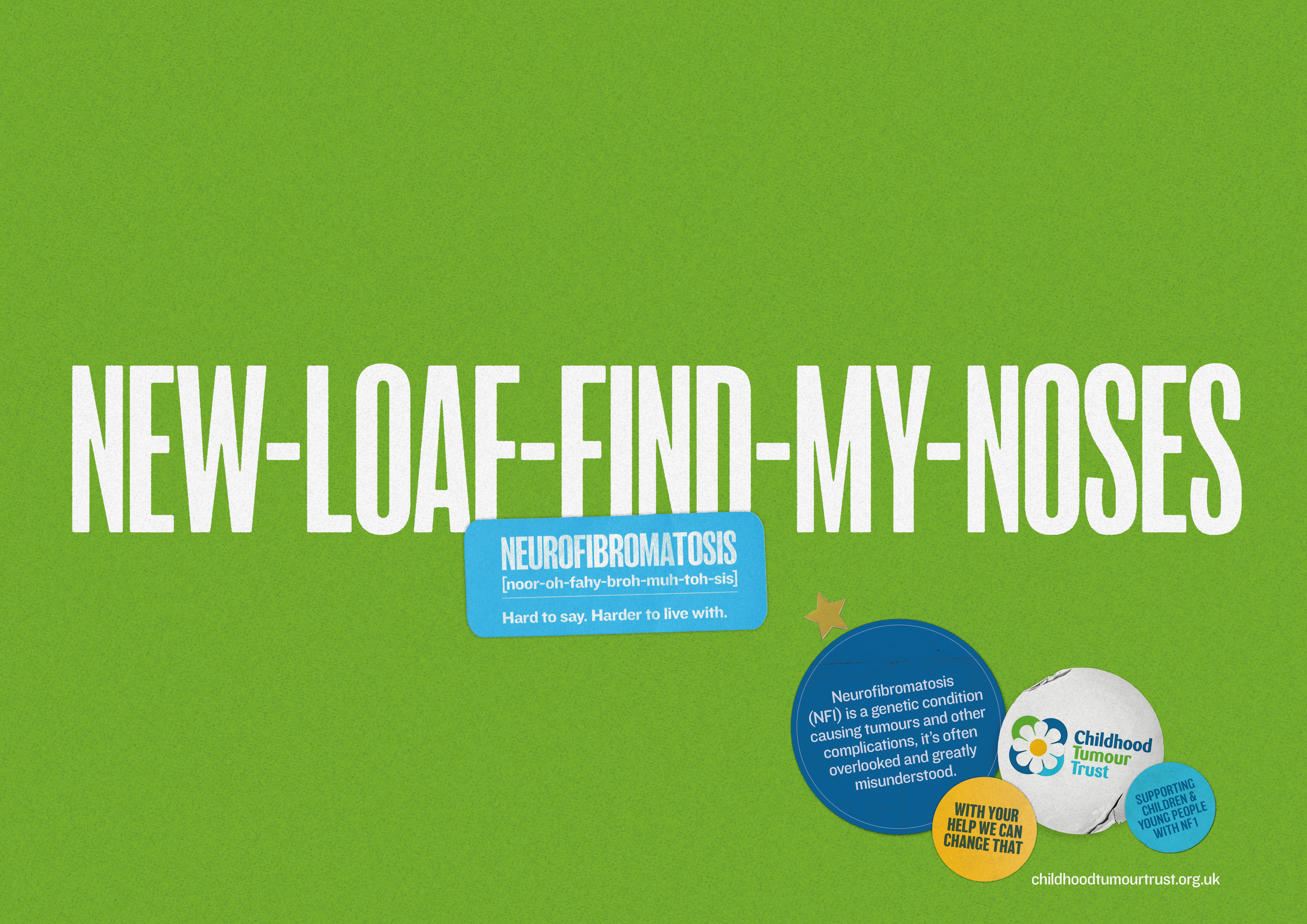 As part of the Health For All initiative from Havas Lynx – aiming to change inequality within healthcare by removing bias and stereotypes, shifting misconceptions and challenging stigma – The Childhood Tumour Trust & Havas Lynx are aiming to get people talking about a condition that you’ll struggle to even pronounce.

Neurofibromatosis 1 (NF1) is a genetic condition causing tumours to grow on nerve endings in children and young people, its symptoms can have a huge physical and psychological impact on those affected. It’s more prevalent than Cystic Fibrosis, Duchenne Muscular Dystrophy, and Huntington’s Disease combined – yet is much less known.

‘Hard to say’ aims to change this. 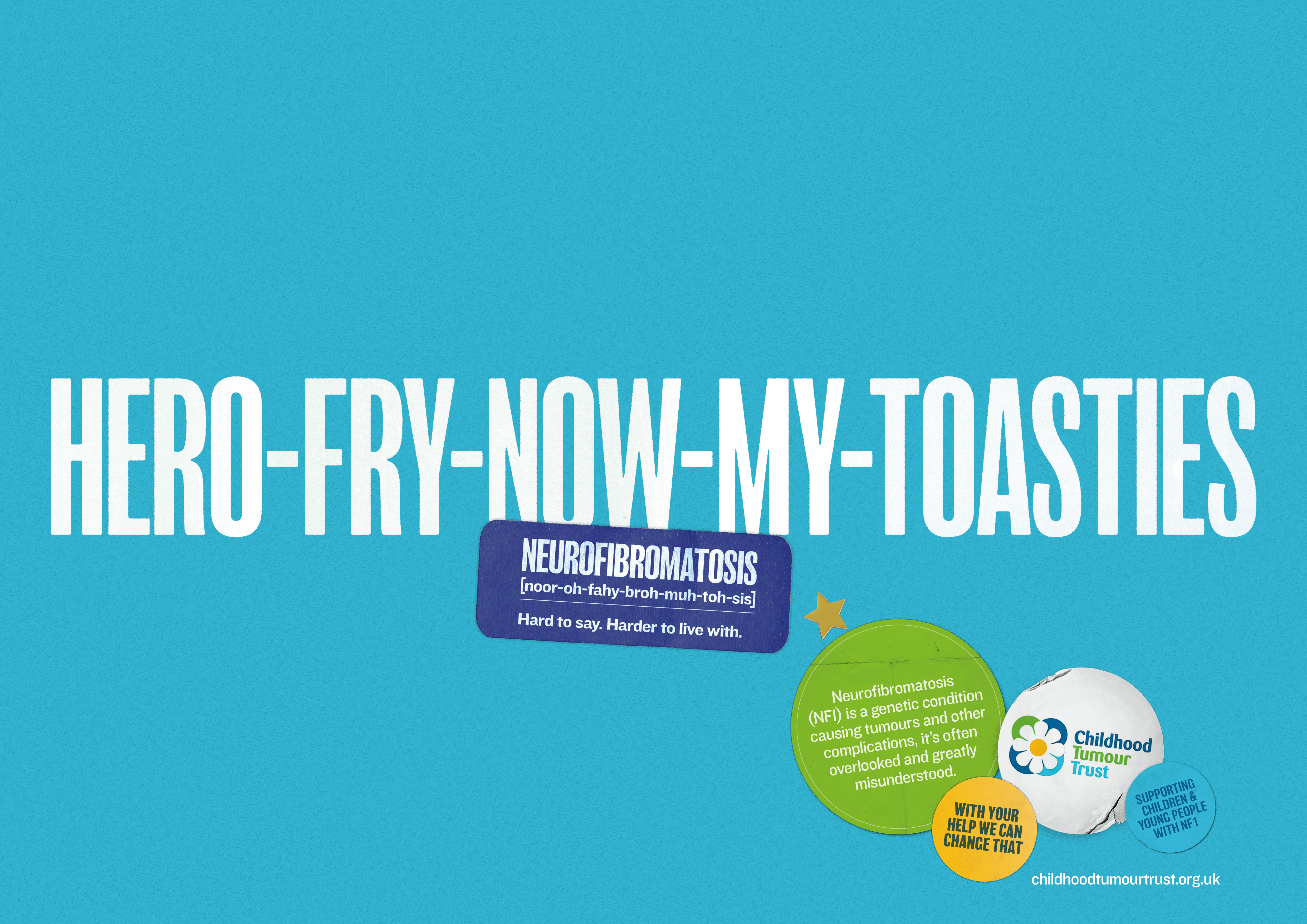 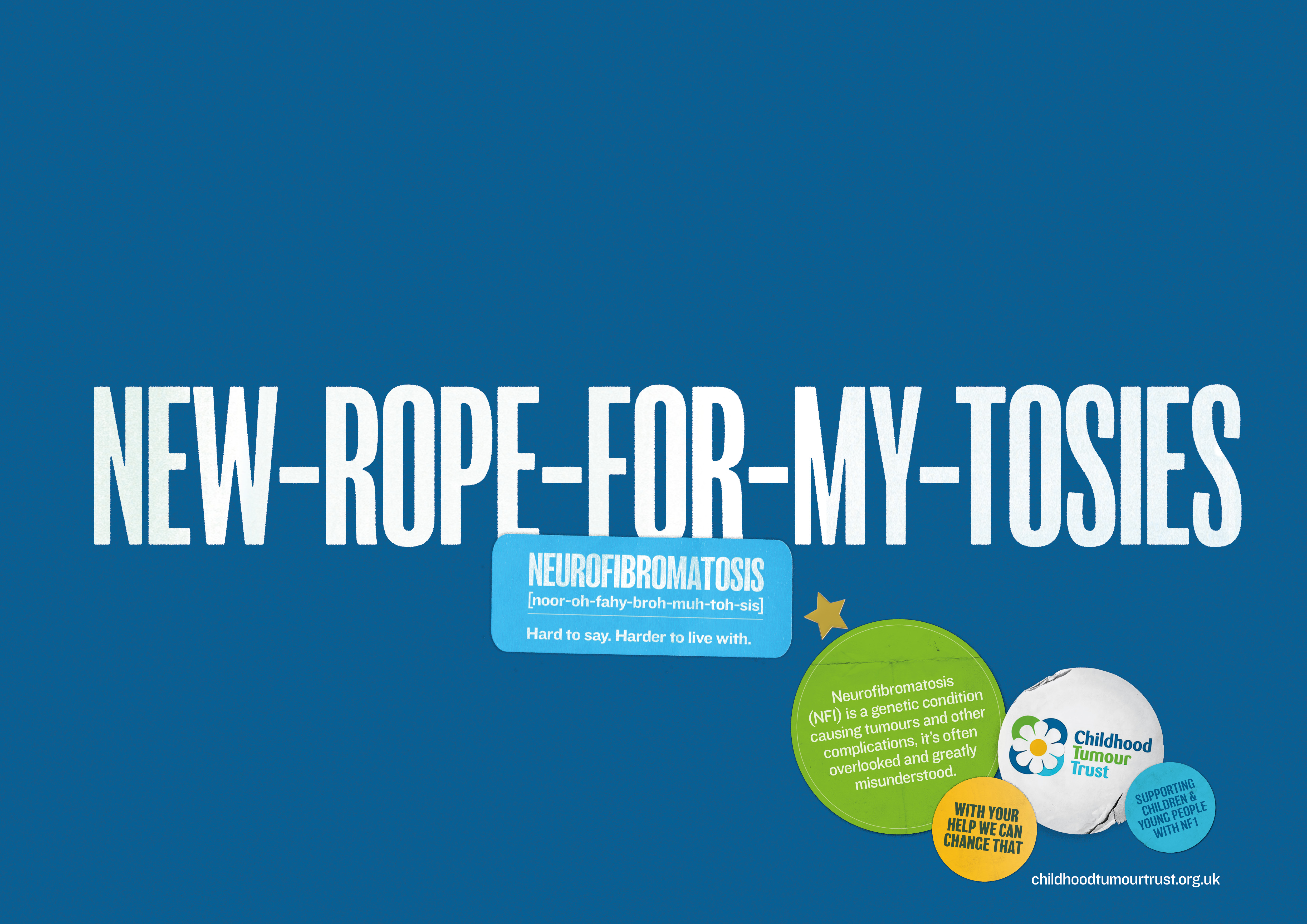 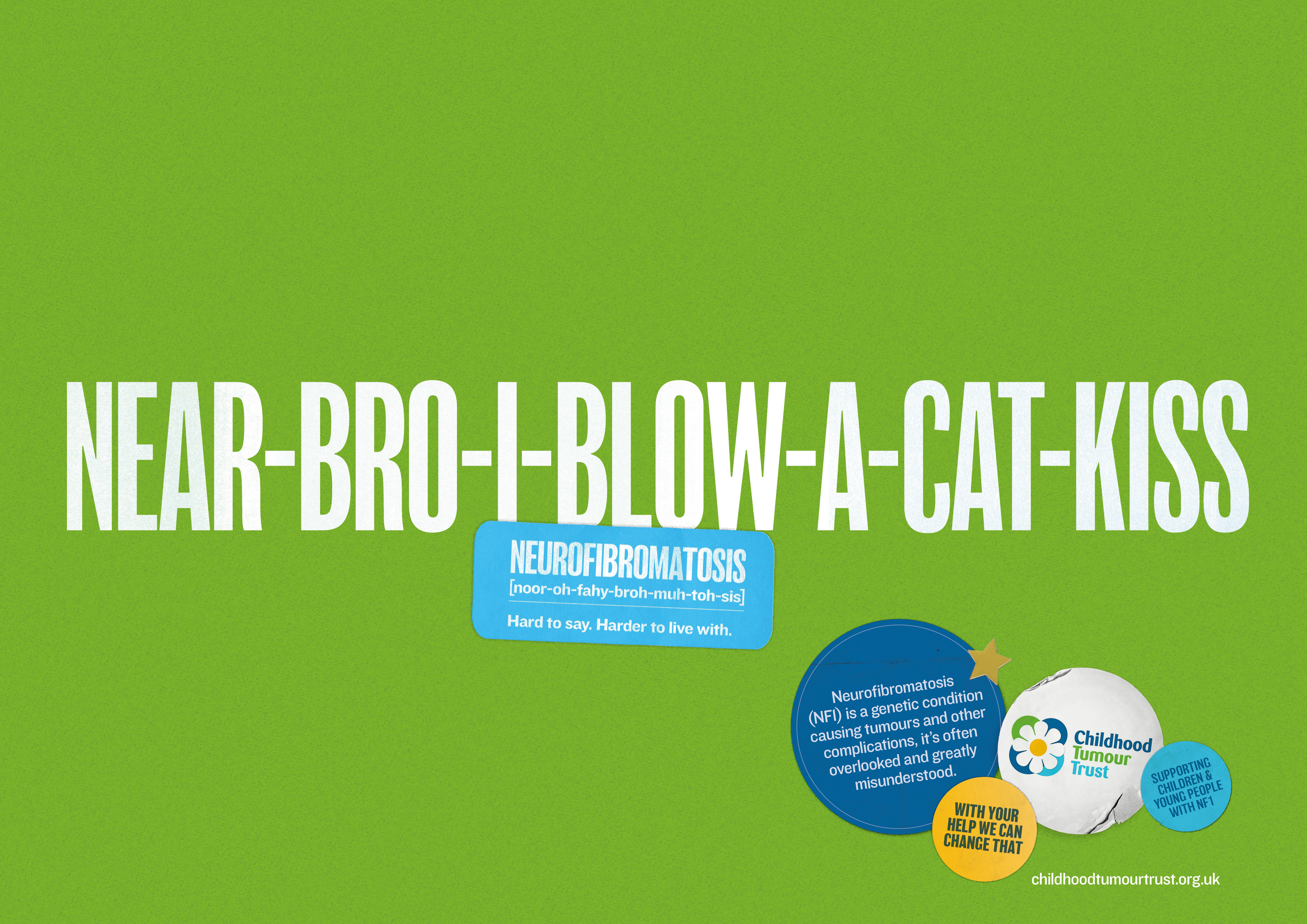 By showing unusual ways in which NF1 can sometimes be mispronounced, the campaign aims to put NF1 in the spotlight to raise awareness and funds to help those living with the condition.

“This is a really innovative and interesting campaign and has the potential to really propel neurofibromatosis to be a household name, increased visibility of NF1 is so vital to people living with NF1 and those that support them.” Dr Carly Jim, trustee of CTT and Senior Lecturer in Psychology at Manchester Metropolitan University

About Childhood Tumour Trust
Childhood Tumour Trust is a growing charity whose aim is to bring children, young people and their families affected by Neurofibromatosis type 1 (NF1) together, (be it virtually at the moment), provide online parental support, campaign for better care & earlier diagnosis and to liaise with schools over special educational support.