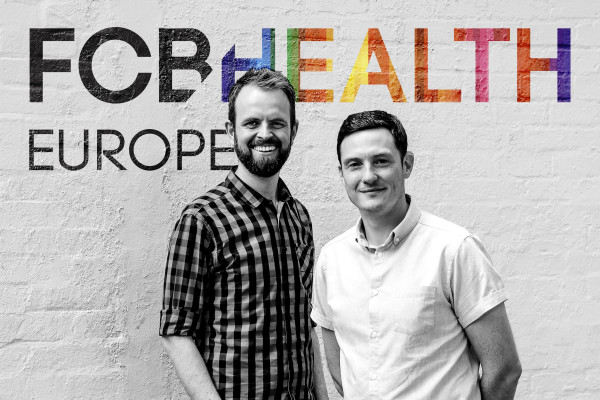 This expansion follows a remarkable year of development and accolades for the global FCB Health Network, which has grown to more than 1,700 talented staff and was named “Health Network of the Year” for the first time ever at the 2018 Cannes Lions Festival for Creativity.

While the network is experiencing a record-breaking year, its leadership is “never finished” finding the best ways to bring its world-renowned excellence to its clients. Hempelmann exemplifies this credo, introducing his new “ambassadorship model,” a progressive operational strategy that benefits both clients and talent.

“Where traditional agencies require talent to be based in a single location, we are changing the way we operate by having people on the ground very close to the clients‘ headquarters,” Hempelmann said. “We are in an age of significant technological advancement that allows us to communicate in many ways and provides our clients with people close-by for a very personal interaction, but with real-time access to our hyper-connected and world-wide community of seasoned health experts. “

MacCarthy-Morrogh and Prater will oversee FCB Health Europe’s progressive ambassadorship model from the FCB Health London office. MacCarthy-Morrogh studied Genetics, began writing in medical communications, then found his home in healthcare advertising. Over the years, he has gained extensive experience; from psoriasis to Parkinson’s, acne to arthritis, from a range of cancers to COPD, MacCarthy-Morrogh has worked on them all.

After beginning his career at Havas London, Prater went on to gain experience at some of the hottest agencies in the region, working on a variety of global consumer brands. He moved into healthcare at VCCP Health, where he shaped a variety of international drug launches and patient social media campaigns. Together, MacCarthy-Morrogh and Prater have won a spectrum of healthcare creative awards, including a record number of honors at the 2017 PM Society Awards, like “Best of Show.”

“We’re so excited to be joining one of the world’s most awarded communications networks,” said MacCarthy-Morrogh and Prater. “Our ambition has always been to produce impactful, challenging, hard-working creative, so joining FCB Health Europe felt like a perfect match. FCB Health Network continues to raise the bar for healthcare creative, and we can’t wait to bring that ethos and ambition to our clients across Europe.”

Most recently, the Network renamed its two UK-based healthcare agencies from ICC to FCB Health London, and FCB Halesway to FCB Health Hampshire. Additionally, it expanded its offerings in The Americas to include FCB Health Brasil, the Network’s first-ever foray into Latin America.