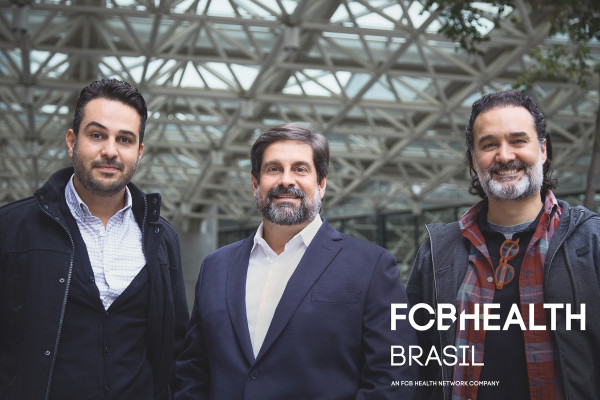 FCB Health Brasil opens its doors in São Paulo under the leadership of Aurélio Lopes, CEO of FCB Brasil and chairman of FCB Latin America. It will meet a variety of communications needs across Latin America, and will have a similar operating structure to the Network’s other global healthcare centers of excellence. Working closely with the New-York-based FCB Health Network headquarters, FCB Health Brasil will provide access to best-in-class creative, strategic, medical, media, digital/technology and operational resources.

“Clients in Brazil – and Latin America as a whole – will be able to rely on the quality and world-class excellence in healthcare services that the FCB Health Network provides,” Lopes said. “We are very confident in this operation because brands – all brands, not just those related to health – are increasingly concerned with making a difference in people’s lives. As the seventh-largest healthcare market in the world, Brazil is key for all global healthcare and well-being brands.”

This new offering further fuels momentum for the FCB Health Network, as it most recently secured the prestigious “Healthcare Network of the Year” honor at the 2018 Cannes Lions International Festival of Creativity.

“This year has been our most successful to date, with innumerable new business wins, strategic hires and our historic award at Cannes Lions,” said Dana Maiman, president and CEO of the FCB Health Network. “We are excited to continue this momentum with our very first foray into Latin America with such incredibly experienced talent.”

Freitas previously worked as country manager for FunnyHow?, while Arruda joined the Havas Health network in 2008 to co-found the Brazil-based Latin America hub. Their work has been recognized at international advertising festivals around the world, including Cannes Lions, Clio Health, The One Show and the Epica Awards. In addition, Freitas served as a juror at Cannes Lions and the Global Awards in 2017, while Arruda served as a juror at Cannes Lions in 2014.