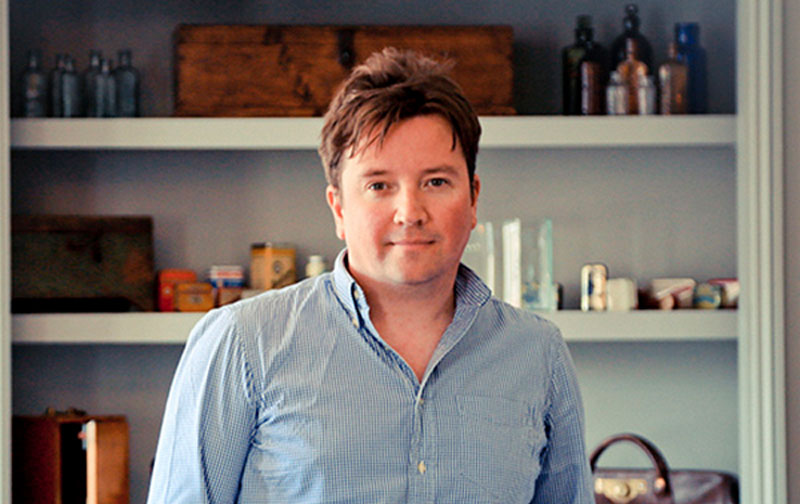 Several times recently I’ve found myself on my soapbox ranting about how far behind reality pharmaceutical regulation has fallen in the EU.

The rant starts like this; The world isn’t ‘going digital’ it’s already happened, we’re there, digital is the new normal and the concept of ‘digital marketing’ is redundant. It’s just ‘marketing’ and digital is now an inescapable, fundamental part of that.

People in developed countries all around the world now routinely research their condition and treatments for that condition online. Before even consulting their doctor, informed patients carry out an average of seven online searches, and as any GP will tell you, they often arrive at the surgery clutching a handful of printouts from anywhere from Yahoo! Answers, to NHS Direct.

The fact that patients now seek to inform themselves like never before is a wonderful, empowering thing; in concept. In reality much of the information available online about prescription medicines is subjective, uninformed and sometimes just plain wrong.

Google any condition and on the first page of results you will find a discussion thread of one sort or another. It generally begins with someone asking a question; ‘I have been diagnosed with such and such, my doctor has recommended a particular thing, is this a good idea?’ The responses which follow may at best include something from a person who actually studied medicine and is trying to help, but at worst and more likely, the replies will be a string of personal experiences which the reader might relate to strongly without realising that the author has a different diagnosis to them, may be on a different dose, have different co-morbidities or just be making stuff up for the hell of it.

Misinformation is dangerous, it wastes time and clinical resources and can adversely affect compliance, adherence and concordance.

So what’s the point of the rant?

The point is that a global conversation is happening online about health and wellbeing, and just about everyone is involved in this apart from the one voice that really ought to be; the Pharmaceutical Industry.

Why? Well because many pharma companies in Europe choose to manage their exposure to risk by interpreting the regs as forbidding direct to patient communications. This of course is not the case; it’s illegal to promote prescription medicines to members of the public but you can speak to them in a non-promotional way all you want, you can even (heaven forbid) respond to them when they ask a question or submit a post about your product.

Pharma, the same industry that gambles billions of dollars on putative agents in research has no appetite for the risks presented by fully engaging online. By ‘fully engaging’ I mean doing more than simply adding a page to the brand URL with the SmPC on it and then wondering why it doesn’t get any hits (and using this as evidence to avoid further investment in the digital channel).

Engagement these days is about proactively seeking out questions, conversations and especially misinformation and offering the facts as they exist based on the drug license, available studies and so on. I’m advocating deliberately engaging on a 1-1 basis with patients, answering their questions and responsibly referring them to reliable sources of information; from reputable charities, government bodies, NGOs, and even companies’ medical information departments.

It’s a simple idea, and the barrier to this is equally basic. It’s about fear of liability.

Within the current legal framework in most countries, manufacturers have responsibility for identifying and actioning adverse event reports whenever they find information suggesting an AE has occurred. That means that if I were to for example set up an aggregator looking for keywords related to a particular drug for a client then every time a possible AE came up in the results we would need to invoke a pharmacovigilance process and report to the relevant licensing body, MHRA, FDA whoever.

99% of the industry is operating on the basis of ‘what you don’t know can’t hurt you’. That’s a great shame and I believe a missed opportunity. I don’t have any data to support the following, but I’ll bet there are people who have been injured or killed through online misinformation about prescription drugs.

That’s something which it is easily within our power to stop, but that’s not the only positive to be had.

First I’d allow overt promotion of POMs to the public in all markets. Then, just to really shake things up I’d change the law to make it mandatory for manufacturers to actively monitor the internet for keywords related to their brands (guess what, they already do this) to respond to these and if necessary action adverse event reports (they don’t do this). That’s the tough bit, and yes it will need some investment but most of the infrastructure is in place already.

All it would take is a bigger medical information team and some clever algorithms to ensure that posts and spam are dealt with correctly.

In some health economies manufacturers will complain and say they have to pass on the extra cost to payers, but the smart ones will spot the opportunity which far outweighs the marginal cost and embrace the change.

When you join a conversation you immediately create the opportunity to tell your story and to influence how people perceive you. There just might be some value in this for an industry which is not always seen entirely favourably; especially for companies with drugs that treat diseases that people want to talk about. Which would be all of them, right? It might even be possible to trigger a consumer preference for one manufacturer over another, when NICE for example says all drugs in a particular disease are effectively the same.

Smaller companies might worry about resourcing the functions required, but that could stimulate a whole new sector of third party med info providers; contact centres specialising in managing the online presence of Pharma companies and responding within 24 hours to all new online posts from patients mentioning their products.

Wouldn’t that be great? imagine you post, tweet, or comment on a question about a drug and within a day there’s a personalised, transparent response from the manufacturer providing links to independent verification of the facts and letting you know that your feedback has been noted and when necessary, an AE report has been submitted. We could offer a callback from Med Info, thus doing everything possible to meet the obligations for AE reporting and generally build a profile as a responsible manufacturer. Some will say it’s intrusive and crosses the ‘creepy line’ but I think that can be managed in the execution and how it’s introduced in the media; here’s where professional bodies like the ABPI can add value.

It’s a big change, but those are the only kinds of change which make a difference. Sure it will need adjustments to legislation which take time, but the Pharma industry is one of the most powerful lobbying forces on the planet. If anyone can pull this off they can.

So here’s my three step process for turning things around;

1. Stop ignoring what patients say online, invite them to a conversation

2. Take a proactive approach to online pharmacovigilance (it’ll be mandatory one day anyway)

3. Lobby for a change to legislation to allow DTC promotion in the EU so we can drown out the bad information with some quality communications