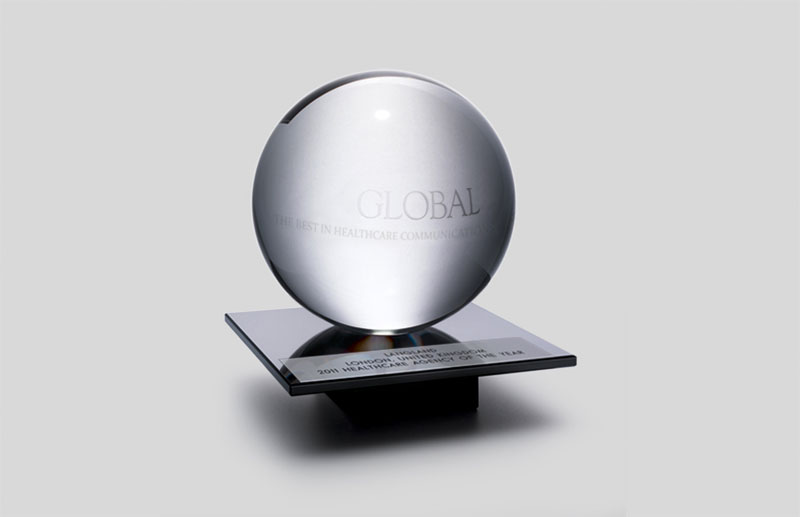 The Global Awards®, in honor of their 20th anniversary, has launched the Young Globals competition & internship program. The Young Globals is the only college/portfolio school competition for healthcare advertising that offers students an opportunity to submit their creative work, the chance to earn a prestigious Global Award, and the experience to test drive their career in healthcare advertising.

The Global Awards for the World’s Best Healthcare & Wellness Advertising™ created the Young Globals student competition to identify and recognize emerging creative talent from around the world and introduce them to the rewards of working in the healthcare and wellness advertising industry.

“The Global Awards are dedicated to investing in the next generation of young talent. Our commitment and that of Robin Shapiro, Chairperson of the Global Awards Executive Committee and President and Chief Creative Officer for CAHG, led us to launch the Young Globals Student Competition & Internship Program, bringing students together from around the world against the backdrop of creativity. Student award-winners earn the ultimate prize, a Global Award and the chance to experience the industry firsthand through an internship opportunity,” said Michael Demetriades, Vice President/Executive Director, Global Awards.

The Young Globals competition is open to all students at the university level, including portfolio centers, who are studying advertising, marketing, art, design, creative writing or similar areas of creative focus. Entrants will be given a creative brief as inspiration and the opportunity to create a speculative campaign. Students may enter either individually or as a two-person team, and should have an interest in exploring healthcare advertising as a career.

This year’s creative challenge brief invites student entrants to create a compelling campaign for a leading (fictional) maker of antidepressants to raise awareness about depression and anxiety in college-aged students. Entries will be judged by the Global Awards Executive Jury of international award-winning healthcare advertising chief creative officers and executive creative directors. The Young Globals award winners will receive a Global Award, have their work showcased at this year’s award ceremony, and be given the opportunity to experience a 2-3-month internship, based on their availability, at a prominent international healthcare advertising agency.

Scott Cotherman, Chief Executive Officer, CAHG and Chairman, TBWA\WorldHealth had this to say about the agency’s decision to support the Young Globals competition, “Our industry is experiencing enormous disruption right now, fueled by the realization of personalized medicine, the explosion of digital media, and a new era of consumer and patient empowerment. With all of this change comes incredible creative opportunity. We need fresh, young talent with the right DNA to help us accelerate this transformation.”

“Needless to say that attracting new blood in our agency creative departments is an industry priority. This initiative from the Global Awards shows the way and at TBWA\WorldHealth we are thrilled to be part of it,” added Herve Brunette, President International, TBWA\WorldHealth.
Entry fee for the 2014 Young Globals student competition is $60 USD. The competition will open for entries on September 30, 2014 and accept submissions no later than October 24, 2014. For more information, visit the Global Awards website at www.theglobalawards.com. To access the 2014 Young Globals creative challenge brief, visit: http://www.theglobalawards.com/main.php?p=1,2,1

The 2014 Global Awards will celebrate award-winners at concurrent ceremonies in Sydney, Australia and New York City, U.S., when the winners will be officially announced on November 13, 2014.

The Only Worthwhile Changes are Big Changes by Michael Le Brocq, Langland
Navigating the pitfalls of social media in the Pharma Industry by Russell Goldsmith