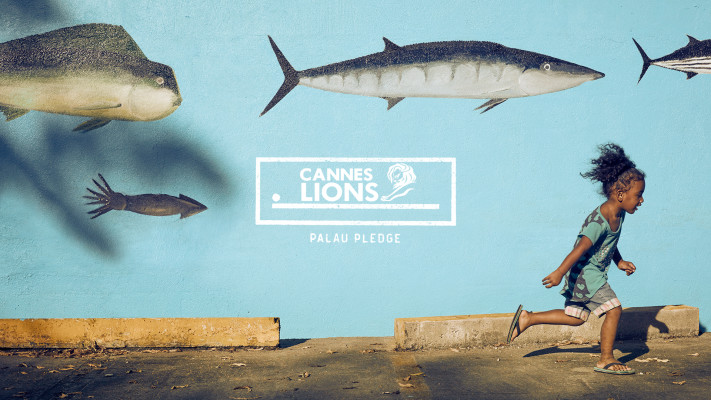 Cannes Lions announces distribution of €323,280 to the NGO behind the Palau Pledge, winner of the inaugural Sustainable Development Lions Grand Prix.

The campaign, which was described by 2018 SDG Lion Jury President Mark Tutssel, Executive Chairman and Global Chief Creative Officer, Leo Burnett Worldwide as “proof positive that the true winner in this category is humankind”, stamped an environmental pledge to the children of Palau into every visitor’s passport. Since its launch in December 2017 over 150,000 people have signed the pledge.

Philip Thomas, Chairman, Cannes Lions said, “We want to help great ideas to scale, and we’re delighted to fund the growth of the Grand Prix-winning Palau Pledge with the proceeds of the entries into the SDG Lions. We believe that creativity can change the world and it’s a privilege to support this initiative and contribute to its efforts to have an even greater impact.”

Introduced with the support of the United Nations, the SDG Lions aim to advance awareness of the Sustainable Development Goals by encouraging the creative industries to focus on harnessing creativity to positively impact the world. In its inaugural year the Lion received 898 entries generating a total of €323,280 in funds, which the Palau Pledge will receive to scale the project and make real change both in Palau and further afield. 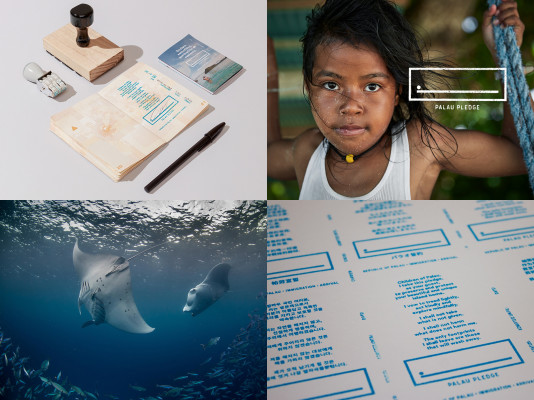 The funds donated by Cannes Lions, owned by Ascential plc, will be used to implement Phase Two of the Pledge, focusing on three core areas; a world-first Business Accreditation Programme, a Pledge-focussed STEM Educational Curriculum adjunct for school-aged children and Global leadership to scale the programme beyond the island of Palau. The Palau Legacy Project was founded by Palauan based global communications experts Nanae Singeo, Jennifer Koskelin-Gibbons, Nicolle Fagan and Laura Clarke and is chaired by the First Lady of Palau, Debbie Remengesau.

Palau Legacy Project Co-Founder Laura Clarke said, “These funds are pivotal to the project continuing and we are thrilled to be able to see the Palau Pledge grow and develop. We’ve already seen the local and global impact it can have, with Hawaii and New Zealand introducing similar Pledges and we want to do more to initiate change worldwide. A key element for us as a team is to be able to meet with leaders from countries and organisations all over the world and share the Palau Pledge philosophy.” 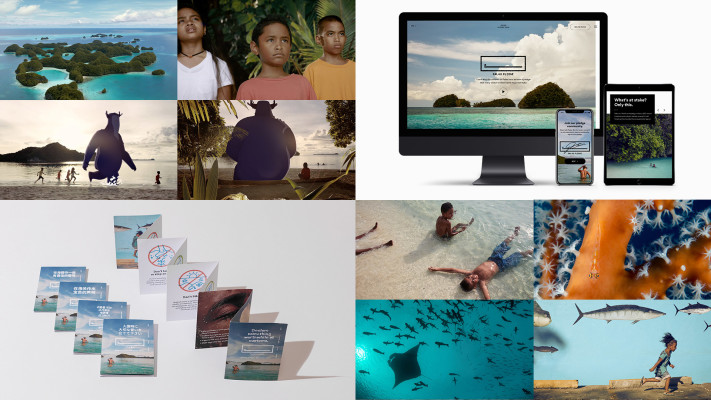 Although the 7th smallest nation in the world by GDP and with a population of less than 20,000, Palau is one of world leaders in conservation. The Palau Pledge has brought global exposure to the plight of the children of Palau. Host/Havas, the Sydney agency involved with the programme will continue to monitor and report the impact of the Pledge via a service-design model that will be scalable for other island nations to implement. Seamus Higgins, Executive Creative Director, Host/Havas said, “As an industry, we have the incredible power to shape conversation and behaviour. With this power comes the responsibility to shape a better world for future generations to inherit. We can’t ignore this any longer, and we have to do it at scale and in partnership with business. We are hugely honoured to continue working with the Palau Legacy Project and Palau’s government, who had the bravery to do something no-one else had done, to solve a problem no-one else had solved. Thank you Cannes Lions for putting your money where your mouth is. SDG is a truly meaningful category.”

The SDG Lion is part of the Good Track at Cannes Lions, along with Glass: The Lion for Change, which also donates the funds generated from entries. As part of a commitment to giving back to relevant projects and causes, these funds sit alongside various other Cannes Lions initiatives, including See It Be It, #MoreLikeMe, the Young Lions Competitions and membership of the UN Women’s Unstereotype Alliance.