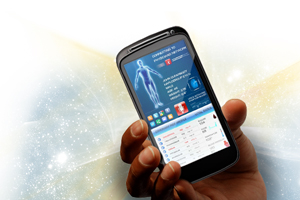 The FDA has issued final guidance for developers of what it terms ‘mobile medical apps’ – smartphone apps that perform the same functions as traditional medical devices.
The US regulator said it would take a “tailored approach” to regulating the technology, which has proliferated in recent years, driven by the emergence of Apple’s iPhone.

Broadly speaking, general health apps such as those that allow patients to log and track their blood pressure will not face greater scrutiny, neither will those that help people track what they eat.

The FDA said it will exercise “enforcement discretion” and not seek to actively regulate the majority of healthcare apps, which it judges pose only a minimal risk to consumers.

Instead it will focus its regulatory oversight on a subset of mobile medical apps that present a greater risk to patients – those that meet the statutory definition of a device and either are intended:

Jeffrey Shuren, director of the FDA’s Center for Devices and Radiological Health, said: “We have worked hard to strike the right balance, reviewing only the mobile apps that have the potential to harm consumers if they do not function properly.

“Our mobile medical app policy provides app developers with the clarity needed to support the continued development of these important products.”

In its new guidance the FDA said the apps it assesses will be reviewed “using the same regulatory standards and risk-based approach that the agency applies to other medical devices”.

The FDA’s guidance gives the following examples of apps for which it intends to exercise ‘regulatory discretion’ – and therefore not enforce the requirements of the Federal Food, Drug and Cosmetic (FD&C) Act:

The regulator’s guidance also doesn’t extend its oversight to the sale or general consumer use of smartphones or tablets, neither will it regulate mobile app distributors such as the iTunes App Store or its Google Play equivalent.