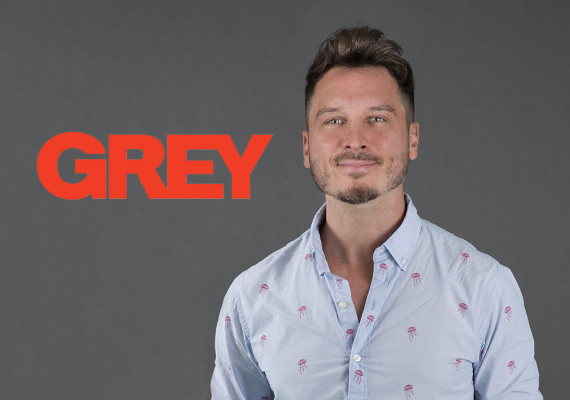 Romero comes over from Area 23, an agency of the FCB Health Network, which he joined in 2016, rising to ECD. Under his leadership, Area 23 won international recognition as both the Cannes Lion and Clio “Health Network of the Year” for its innovative, cross-channel campaigns.

“Bernardo is one of the most creatively recognized leaders in the entire health category,” said John Patroulis, Grey’s worldwide chief creative officer.

Romero has taken home 20 Cannes Lions in 12 categories in the past two years and won at the Clios, D&AD, One Show, Andys and London International for such clients as Lilly, Bayer, Novartis and Eagle.

Speaking to AdHealth, Romero said: “Pushing pharmaceutical and healthcare creativity forward has always been my goal and passion since day one. And there’s no better place to do it right now than at Grey, where 75% of all resources are being invested into Creativity.”

He began his career as a creative director at Africa and TBWA in Brazil working on a broad spectrum of clients including Budweiser, ESPN, Mitsubishi, Gatorade, Adidas and Nissan.  In 2015, he was named Lürzer Archive’s “Number 1 Art Director” in the world.  He continues to teach at the Miami Ad School.