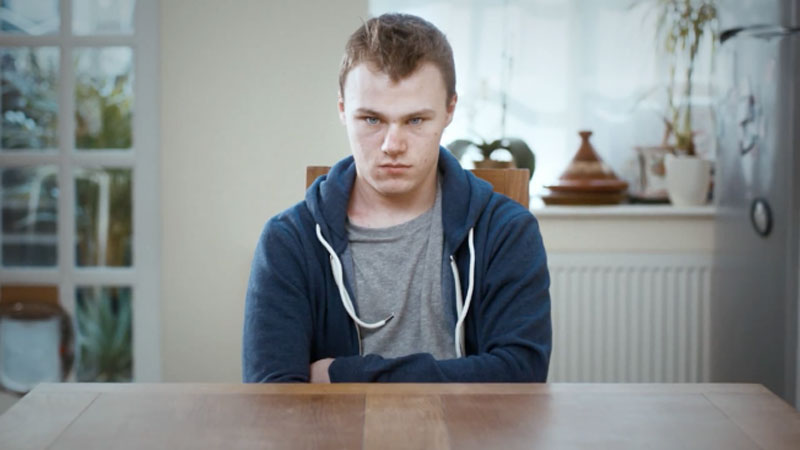 IDEA: The world that people with autism inhabit isn’t just indescribable; in many ways it’s unknowable. But one symptom many people on the spectrum experience—sensory sensitivity—can be illustrated, or at least approximated, on film.

British admen Kit Dayaram and Steve Cope settled on that topic after deciding to collaborate, and produced a powerful spot for the National Autistic Society that shows how sights and sounds can overwhelm someone with sensory abnormalities.

“Steve’s brother works with those on the spectrum, and it became clear there was an interesting brief in telling a story about how someone with autism felt,” said Dayaram, creative director at London agency The News. “It made sense for a film, as it’s about sound and vision. It also made sense from the client’s point of view, as this year is focused on that very subject.”

The finished spot, directed by Cope from Rattling Stick, truly is an assault on the senses, using surreal visuals and chaotic sound design to generate empathy by putting viewers in the mind of someone with the disorder. COPYWRITING: “It was important that we made an ad that creatively represented how many people feel, but not an ad that said this is exactly what it’s like to have sensory sensitivity,” said Dayaram.

The spot opens with a quiet shot of a kitchen faucet and sounds of kids playing outside. A drop of water falls with a thud, then another and another, setting a rhythm. More noises join in—a dog’s bark and cat’s meow; the tapping fingers and toes of a mother and daughter on a couch; cartoon animals on TV banging each other with pots; the squeak of a cat flap; police sirens outside.

At the same time, the scene becomes visually chaotic. The eyes on the mom’s coffee mug start to drift; the couch lightly bounces; the patterns on the wallpaper and numbers on a clock rearrange in time with the sounds. As everything reaches a cacophony, another drop falls, and the sounds cut out. We see a boy at a table, staring intently, as the spot cuts to black.

“Sensory sensitivity. One of the many battles we help those with autism face every day,” says on-screen copy, followed by the NAS logo and URL.

SOUND: Sound design obviously was critical. “Sounds like the dog’s bark got more aggressive as the ad went on, alternating with the cat to make it more textured and unsettling near the end,” Dayaram said. “We also played with slipping the timing of the beat, making it more jarring.” The ending associates a feeling of calm with the NAS. FILMING/ART DIRECTION: “The tap was a good place to start, as it set the pace for the beat that runs throughout,” said Dayaram. “It’s also very torturous, which was one word I used often during the entire process.”

The camera zooms in slowly in several shots, enhancing the claustrophobia. Electric Theatre Collective did the visual effects in post “based on our brief, and did it very well,” said Dayaram.

TALENT: The boy in the spot is on the spectrum and was introduced to the filmmakers through the NAS. The footage of him was shot when he thought they were on break. “He was much more relaxed during this time, and we didn’t want to overdirect him or make him feel unsettled by making him perform take after take,” Dayaram said.

The boy moves only his eyes, glancing down after a few seconds. “I wanted him to make a powerful but subtle movement, something that didn’t feel directed,” said Dayaram. The wardrobe was his own.

MEDIA: Online and cinema. “We would love some TV spots to be donated if possible,” Dayaram said.