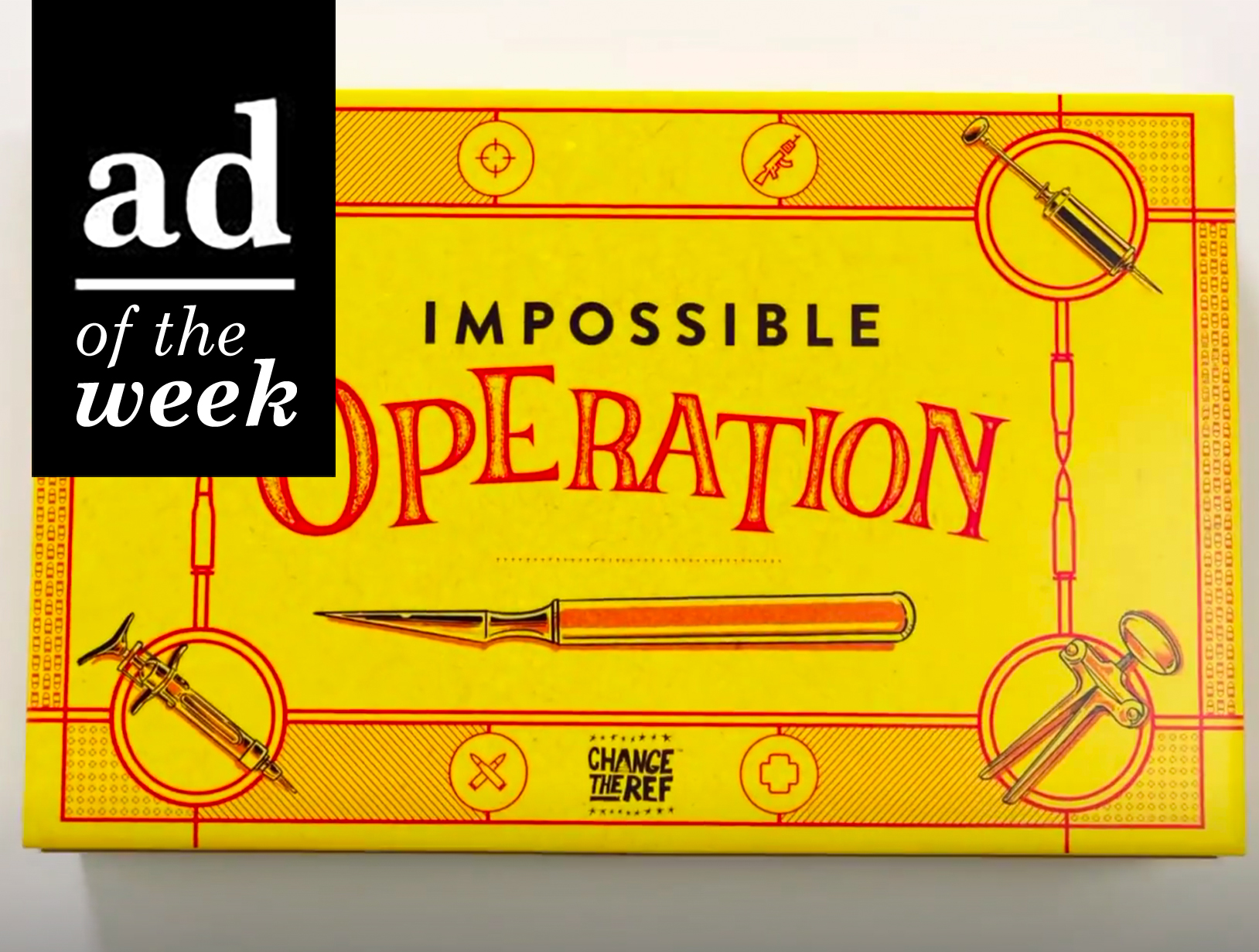 In a new initiative from Change the Ref, the organization created by the parents of Parkland school shooting victim Joaquin Oliver, the classic game Operation is reimagined to confront audiences with the physical destruction assault rifles cause.

FCB Health Network agency Area 23 chief creative officer Tim Hawkey said the project grew out of a desire to communicate the medical perspective on gun violence, which he called “a whole other side of the assault rifle argument,” that few people were talking about.

Like the original Operation, players are asked to operate on a patient by removing parts without touching the metal sides and setting off the alarm. But unlike the original and as the name implies, it’s impossible to win. Instead of the light-hearted Cavity Sam of the original, players operate on a disturbing illustration of a child gunshot victim. It’s intended to simulate the untreatable injuries assault rifles cause.

“By creating an illustration which is hard to look at but compelling to look at, and by creating a game which is disturbing to play but also inviting to play, I think that we overcome that barrier of gore which otherwise would have turned people away,” Hawkey said.

Change the Ref and Area23 are mailing the game to members of the U.S. Senate and calling on them to bring a bill banning assault weapons (S.66, the Assault Weapons Ban of 2019) to the floor for a vote.

The campaign also includes an online version of the game, which ends with the message, “This is why we need stricter gun laws. Assault weapons like the AR-15 are built to kill. A single bullet can cause massive damage, leaving ER doctors unable to save their patients.” 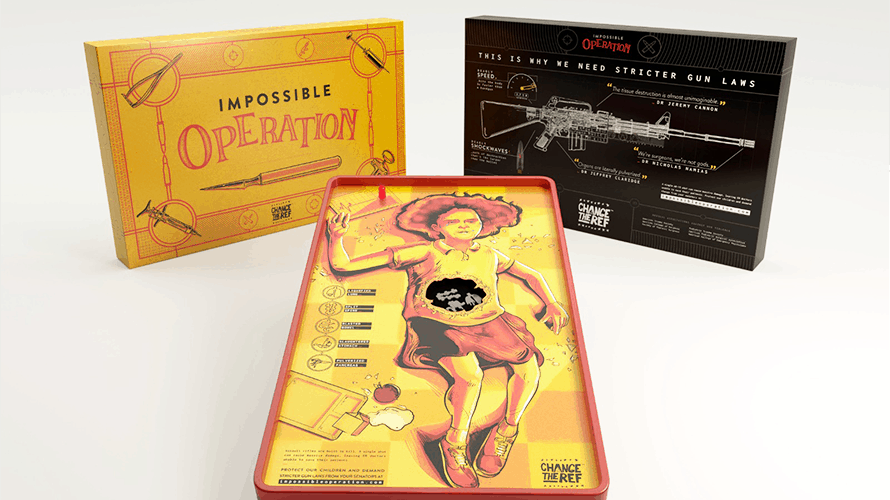 Hawkey said Area23 began a long-term pro bono relationship with Change the Ref in 2018 with its “Posts Into Letters” campaign and that gun reform is “vitally important” not just to the agency but also “the executive management of FCB Global.”

Hawkey said Joaquin Oliver’s father, Manuel Oliver, thought the time was right to “get the medical side of the gun violence issue out into the forefront and actually create a lot of noise around it so that the senators could hear about this.”

Impossible Operation emerged from a weekend brief in January on communicating the medical community’s position on assault weapons, inviting those at the agency who wished to participate to contribute ideas. When he came across the idea for Operation Impossible, Hawkey “knew it was the idea that we had to put in front of Manuel,” he said, “and I knew that he was going to love it.”

The agency enlisted a prominent children’s game engineer who took on the task of building the game pro bono.

Impossible Operation utilizes shock value but also taps into the kind of wry irony Change the Ref has employed in past campaigns, such as when Oliver transformed a Valentine’s Day mural into a statement on gun violence a year after the massacre at Marjory Stoneman Douglas High School.

Hawkey said the agency has no illusions about S.66 passing, given the makeup of the Senate, and that it would be major hurdle to even get a vote on the bill.

“If we can convert one senator over in 2019 and get one more onto the other side of the aisle in 2020, that would be an achievement,” he said. “If going for S.66 means we end up getting S.42 [the Background Check Expansion Act], that’s also an achievement.”