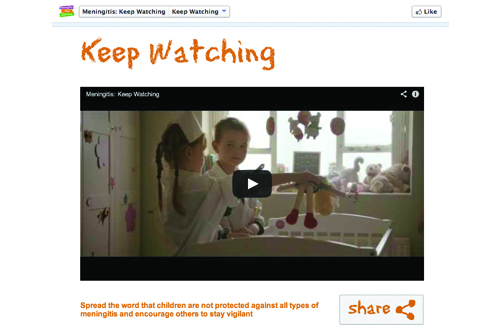 Later this month marketers from Berlin to Bogatá, London to Los Angeles will come together under the guise of Social Media Week to share ideas and inspiration.

One of the many strategies that will be discussed will be ‘blogger outreach’ – a tried and tested formula for marketers to connect with online influencers and work with them to spread a message.

Looking to connect with prominent bloggers in a particular therapy area is an established route for pharmaceutical companies to take, but outside the US it remains somewhat underutilised.

So it was refreshing to see Ruder Finn and Novartis pick up the prize for Excellence in Digital Communications and Customer Engagement at July’sCommuniqué Awards for a campaign that, to adopt PR-speak for a minute, truly ‘reached out’ to people.

I should stop here and admit that, as one of the judges for the award, the award’s recipients weren’t exactly a surprise, but the decision to place it in pole position did see my fellow judges and I place it over and above a number of other really interesting campaigns.

The aim of the Meningitis: Keep Watching campaign was to raise awareness of both the disease and the protection children receive through vaccination. Meningitis kills more children under five in the UK than any other infectious disease and it leaves many more maimed with life-long disabilities.

Working for Novartis Vaccines and Diagnostics, Ruder Finn devised a digital strategy to spread the word that children are not protected against all types of meningitis. To deliver this they produced an integrated campaign that was built upon solid foundations of listening and engagement.

The agency worked with 10 influential bloggers, engaging them as ‘campaign ambassadors’, as part of a campaign whose centre-piece was a striking video that should send a chill down the spine of any parent watching (and, in a disease awareness context, that is very definitely meant as a compliment).

Part of the objective was for the ‘know the signs’ video to make strong use of Facebook, a decision based on research showing 93 per cent of mums are active on the social network. Further deciding factors were research findings that nearly 40 per cent of parents rely on the internet for health advice and 20 per cent value information from peers about specific child health issues.

The interesting thing about Facebook users is that they often cross from the online to the real world and back again with exceptional ease – as anyone who has watched conversations move from an individual’s page, to a shared group, to the school gates at pickup. It’s behaviour that is much more evident than on social media channels like Twitter, where a large part of its strength comes from connecting with people that you don’t know and may never meet.

Tellingly then, the Keep Watching campaign reached an audience of approximately 31 million, gaining over 2,000 Facebook ‘likes’ in only four months and generating over 6.6 million views of the film.

There were also, Ruder Finn noted, 24.7 million ‘chances to see’ via on- and offline media channels, and the agency said this all led to a notable increase in awareness among parents of the campaign’s meningitis message.

Commenting on the winning campaign, the Communiqué judges said: “Digital Communications and Customer Engagement in healthcare have come along immensely in the last five years or so.