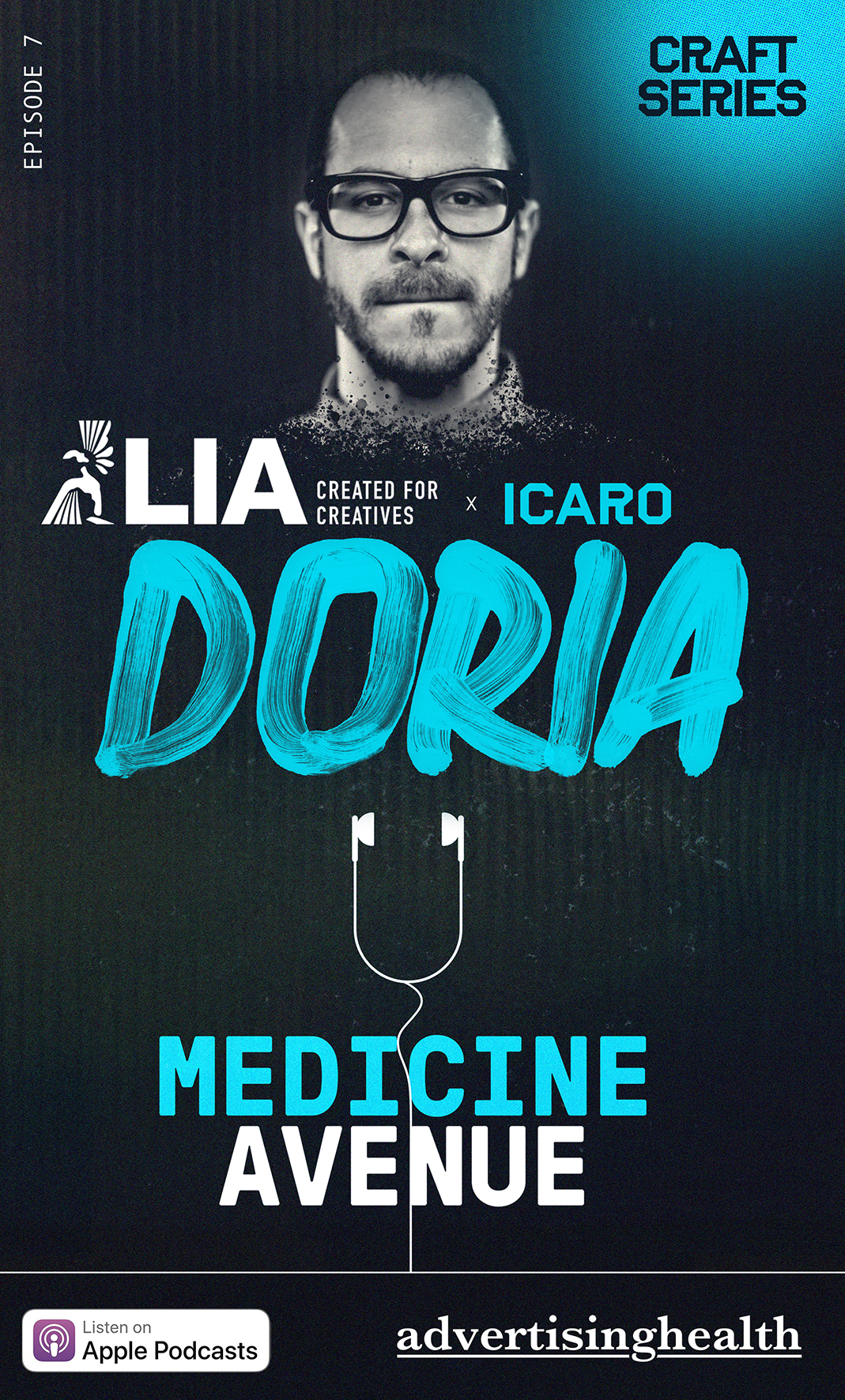 In this week’s episode of Medicine Avenue – proudly brought to you by AdvertisingHealth and the London International Awards – we speak to Icaro Doria, Global Chief Creative Officer for Havas Health&You.

Before his global role, Icaro was the CCO at both ARNOLD and DDB NY, as well as being the founding partner and CCO of Wieden+Kennedy São Paulo. Icaro has also judged and won all major creativity and effectiveness awards in our industry several times over, being ranked by AdAge as the most awarded creative in the world in 2008.

Join us as we speak to Icaro about his ambitions for the healthcare industry; how he values craft; and how he formed a creative bond with the late, great Kobe Bryant…

Listen on Apple Podcasts or here: