Med Ad News Announces Finalists for the 2017 Manny Awards and Names Dana Maiman, CEO/President of FCB Health, as Industry Person of the Year 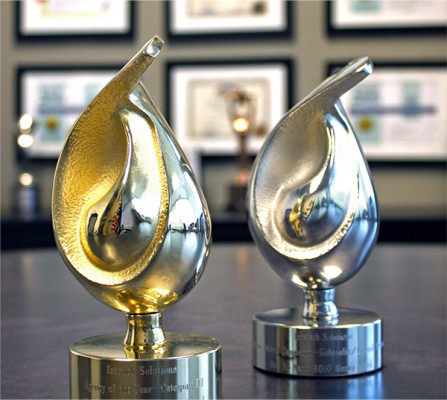 Med Ad News, the leading pharmaceutical business and marketing publication, announces the nominees for the 28th Annual Manny Awards, celebrating the best in pharmaceutical and healthcare advertising, and announces Dana Maiman as the Industry Person of the Year. The Manny Awards annual gala event celebrates creative excellence in healthcare advertising and communications. More than 600 industry peers are expected to join Med Ad News in honoring winners across 20 total award categories, including the year’s Most Creative Agency, Most Admired Agency, Best Launch Campaign, Agency of the Year I, II and III, and more. The Manny Awards ceremony will be held on Thursday, April 20, 2017, at Pier Sixty at Chelsea Piers in New York City.

The Med Ad News “MedAdvocate” jury met March 16 for a roundtable discussion of finalist campaigns previously determined via online voting, and included selections from over 100 eligible voters across healthcare communication agencies. In order to take a deeper dive into the finalist campaigns, a panel of experts dubbed “MedAdvocates” were each assigned specific campaigns and tasked to initiate meaningful dialog amongst the jurors. MedAdvocates were selected based on their creative expertise and widely recognized performance within the industry. Ultimately, the team scored each finalist campaign using a point system that, combined with the popular vote conducted online, arrived at the eventual winners to be crowned on April 20, 2017.

Also a member of FCB’s Global Executive Team, Maiman has combined her strategic orientation with a single-minded commitment to client service, resulting in the healthcare agency’s impressive growth under her leadership. In recent years she has focused on expanding the agency’s global footprint with acquisitions of agencies such as Hudson Global in the U.S. and Halesway in the U.K., and alliances with networks such as Argon – a coalition of 22 healthcare agencies spanning Europe, Asia, the Middle East and South America.

Her 20 years of client service and healthcare marketing experience mean Maiman has worked on virtually every therapeutic category from antibacterials, women’s healthcare and cardiovascular to diabetes, oncology and HIV in a multi-channel fashion, integrating professional, consumer, patient, payer and digital. She has been involved with numerous U.S. and global launches including Vioxx, Cialis, Yervoy, Gilenya, Januvia, Singulair AR, Fosamax Once-Weekly and Nuvigil, among others. Her client list includes pharmaceutical companies big and small, such as Bristol-Myers Squibb, Boehringer Ingelheim, Merck, GSK, Pfizer, Gilead, Roche, Amgen and Novartis. A graduate of Brandeis University and St. John’s Law School, as well as a member of the New York State Bar, Maiman has worked within the FCB network since 1999. Before joining the agency, she served as director of client services for both Grey and Harrison & Star/Omnicom in New York.

Additional Manny Awards honor the agency community for their exceptional forward thinking and philanthropic efforts. The Vision Award recognizes exceptional ideas and initiatives that have the power to transform the way that healthcare communications agencies do business. The Heart Award was created by the Med Ad News editorial staff to recognize agencies’ social responsibility and commitment to philanthropic and social causes, and includes a cash donation to those altruistic efforts. A separate press release will be issued in regards to the 2017 Heart Award.

Voted by industry peers and the expert panel of MedAdvocates, along with the editors of Med Ad News, the 2017 Manny Awards nominees include:

Agency of the Year – Category I

Agency of the Year – Category II

Agency of the Year – Category III

The awards ceremony will conclude with a reveal of our “Indelible Ink” creative category winner of the tattoo design challenge, celebrating healthcare marketing and the Manny Awards.

The 2017 Manny Awards celebration on Thursday, April 20, 2017, at Pier Sixty at Chelsea Piers in New York City will begin with a cocktail hour at 6:30 p.m., followed by a sit-down dinner at 7:30 p.m., and will conclude with a post-awards cocktail hour. The awards ceremony will commence at 8:30 p.m. The event is black tie.

For reservations, visit www.mannyawards.com or contact Daniel Becker at Daniel.becker@medadnews.com.

2017: The Year of Patient-centric Creativity, by Elizabeth Elfenbein
Six ways to get the best value from your creative agency – by Beverley Newbury