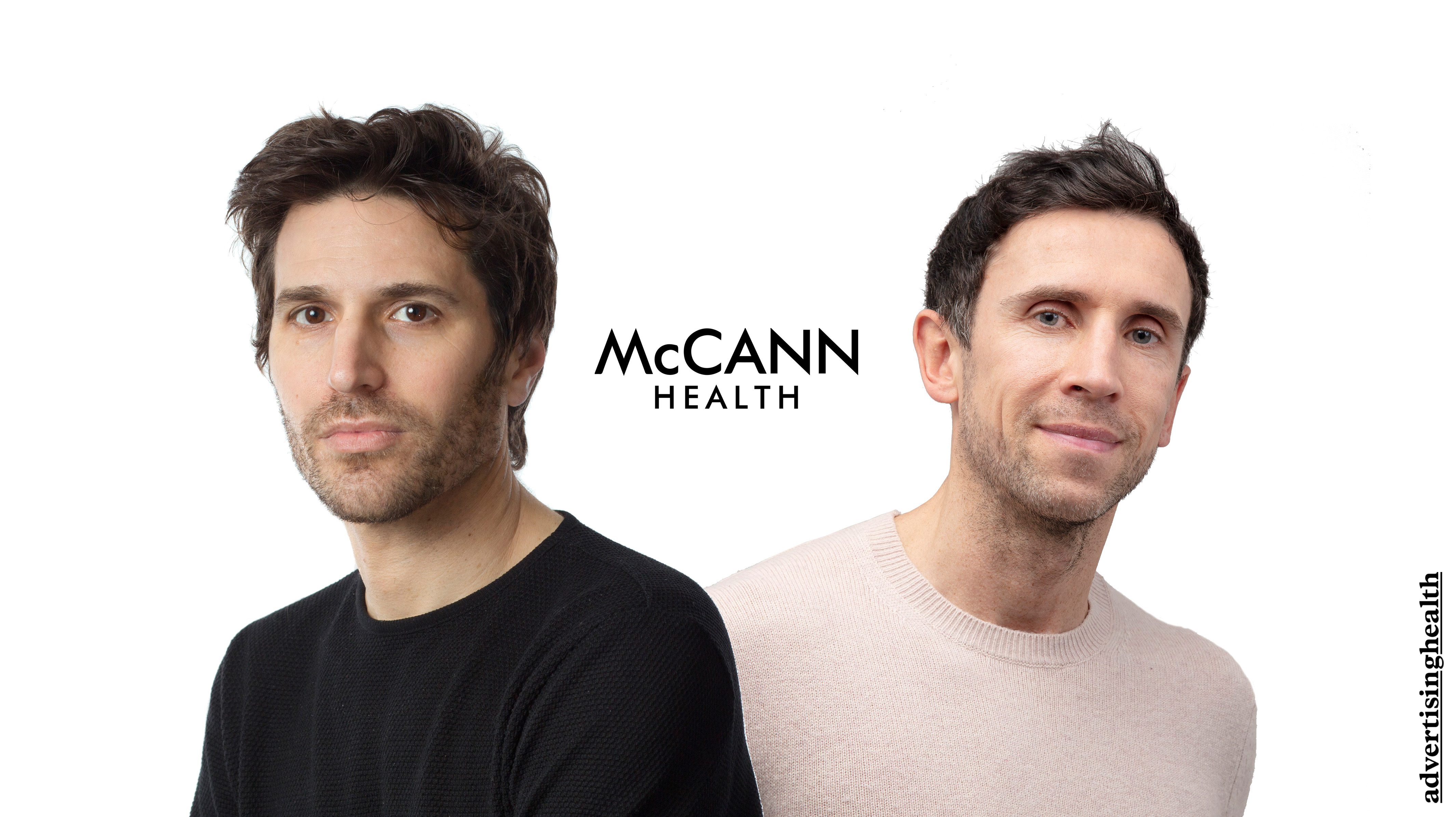 McCann Health London today announced a new creative leadership team of Guy Swimer as Executive Creative Director, and Kieran Delaney as Deputy ECD. Swimer was promoted from within, after 9 years within the agency.

Managing Director Jonathan Kukathasan said: “This represents a big step forward for McCann Health, and an opportunity to strengthen our position as one of the most creatively awarded healthcare agencies in the world. Promoting talent from within has been a key part of our success in recent years, and Guy’s creative achievements at McCann Health speak for themselves. With both he and Kieran driving our creative product forward, the future looks very bright.”

Some of his notable campaigns include the Urban Eye Test campaign for OCO Opticians of Shoreditch, based on that insight that 5 million adults in the UK can’t remember the last time they had an eye test. The Sliver-Lion winning ‘Make a Nappy Happy’ campaign for Docusol, recognized for its innovativeness and humour, and defying the conventions of UK health advertising. Also, the integrated campaign for Sudocrem- launched during last year’s season premiere of Britain’s Got Talent, which won awards at the Clios, EPICAs & Creative Circle.

Matt Eastwood, Global CCO of McCann Health said: “Of course, Guy has the creative pedigree to lead the agency forward. But, more importantly, he has the passion to truly take the agency to the next level. His goal is to continue to create meaningful work, whilst creating an environment of creativity, inclusivity and diversity. Paired with Kieran, one of the network’s strongest creative leaders, we have the ultimate recipe for creative success.”

Guy said: “There couldn’t be a more important time for creativity in health; No-one knows what kind of a world we’ll emerge into after this period, but there’s no doubt that brilliant ideas will be as important as ever. It’s a huge privilege to have the opportunity to guide this talented, award-winning team towards more breakthrough work.”

Also from a consumer agency background, Delaney spent two years leading the Creative department at McCann Health Germany. He was pivotal to successful launches of national and international campaigns, including a meningitis awareness campaign with almost 50 million YouTube views, before joining the London team in 2018. He will collaborate with Swimer on driving the creative culture forward in McCann Health London, and across the global network.