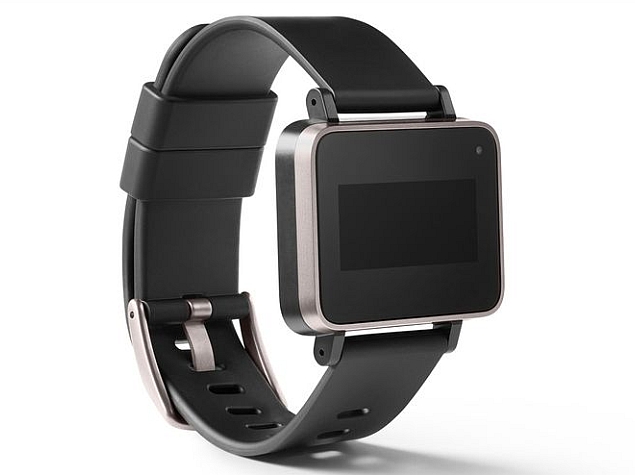 The search giant’s newest wearable is just as much for physicians and academic researchers as it is for the people actually wearing it.Google’s latest device is aimed at letting doctors know how you’re doing, even between checkups.

The company unveiled on Tuesday a new sensor-packed wristband, meant to collect information on vital signs for medical professionals. The device will measure pulse, heart rhythm and skin temperature, as well as things like light exposure and noise levels. Bloomberg earlier reported the news.

The device was developed by Google X, the search giant’s experimental-research division. But unlike other smartwatches that are powered by Google’s Android Wear software and also have health tracking features, the new device isn’t targeted at consumers. Instead, the aim is for patients to wear the band during clinical trials and drug tests, so the data can be used by medical researchers and physicians. The idea is for doctors to get a complete picture of patients’ activity as it relates to their health, even if they rarely come in for an examination.

“Our hope is that this technology could unlock a new class of continuous, medical-grade information that makes it easier to understand these patterns and manage serious health conditions,” Andy Conrad, head of Google’s life sciences team, said in a statement.

The move comes as Google has become increasingly ambitious about expanding its scope of products beyond its juggernaut search engine. Its search and advertising business is still the most dominant in the world, making more than $50 billion a year. But as the Internet evolves, CEO Larry Page has been looking to new categories and directions for the company. Google has made big bets on everything from smartphones to wearable devices to driverless cars.

Google said the device is still in a very experimental phase. The company is working with academic researchers and drugmakers to make sure the device and its sensors are actually accurate and helpful to medical professionals. Google said that process could take years, but once the device is ready, the company will work with partners to build and distribute the wristband to a larger audience.

It’s the same approach Google has taken with development of its smart contact lens, another Google X product, which has sensors that measure glucose levels in tears for diabetes patients. Last July, Google announced it was partnering with the pharmaceutical giant Novartis to produce the contact lenses.

Google is also working on software to help clinicians securely store, analyze and interpret the data gathered from the device, a Google spokeswoman told CNET. The company is working with medical partners to refine the user interfaces of the software and the analytics that support the system, the spokesperson said.

The move may raise concern from privacy advocates who worry that Google already has access to too much of people’s personal data. Google, which makes the bulk of its revenue on advertising, lives on knowing information about its users, including where they travel on a map or what they search for online.

But the company stressed it has teams in place to ensure privacy and security. Institutional review boards — independent ethics committees that review medical research involving humans — also have oversight of the project, a Google spokeswoman said.

Google also has other life science projects under way. In 2013, Google launched Calico, a company with the overarching goal of extending the human lifespan. The company is run by former Genentech CEO Arthur Levinson. Last September, Calico announced a partnership with the biopharmaceutical firm AbbVie to pour up to $1.5 billion into a research facility focused on fighting age-related diseases.

Google also announced a project last summer called the Baseline study, also led by Conrad, aimed at learning enough about the human body to be able to detect fatal diseases like cancer or heart disease earlier, so treatment is more preventative and not reactive. Google said the new wristband would be used to help further the study.