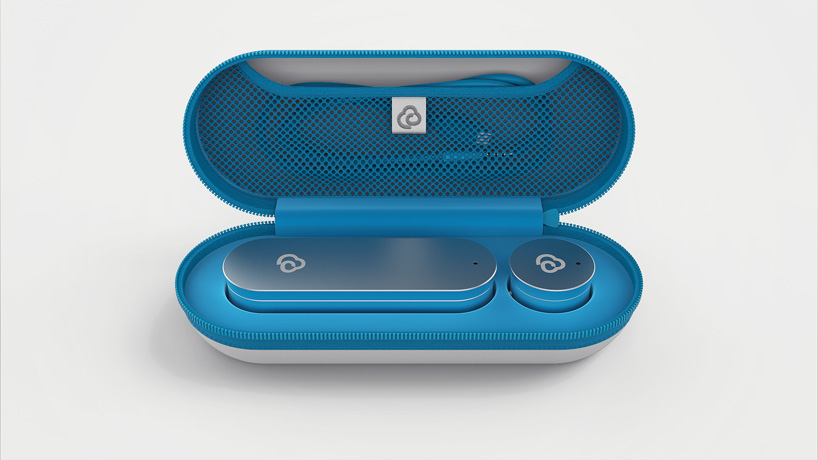 A company founded by two Australian doctors, called CliniCloud, is now taking pre-orders for a connected medical kit that help take the remote video visit to the next level by adding connected medical devices.

CliniCloud, which has offices in San Francisco and Melbourne, Australia, is offering a wireless non-contact thermometer and a digital stethoscope that plugs into a smartphone via the headphone jack. These devices are now available for pre-order on CliniCloud’s website.

Customers can use the devices just to track and record their stethoscope recordings and temperature readings, but they can also transmit them to a doctor in the course of a video visit via Doctor on Demand.

“The stethoscope and thermometer are the two most important tools we have in medicine for diagnosing common conditions,” CliniCloud cofounder and CEO Dr. Andrew Lin said in a statement. “With the CliniCloud medical kit, we are putting these powerful tools into the hands of everyday users, allowing them to accurately record vital signs that can be shared with their primary care doctor as well as a network of on-demand physicians to determine if a cough is just a cold—or something more serious, like pneumonia or asthma.”

The non-contact thermometer scans temperature via the superficial temporal artery on the forehead, which CliniCloud claims is as accurate as an in-ear thermometer. It has the benefit of being able to take the temperature of a sleeping child without waking them. The stethoscope, meanwhile, uses a cord in the headphone jack rather than a Bluetooth connection to ensure high-quality lossless audio. Both devices “adhere to the calibration standards set forth by CE and FDA for Class II medical devices” according to the company’s FAQ. CliniCloud told MobiHealthNews that the devices are exempt from pre-approval because of recent FDA changes.

A few months before the FDA made its de-regulation plans clear, and back when CliniCloud was known as StethoCloud, it said it had planned to seek Class II clearance for its connected stethoscope from the FDA.

The CliniCloud app, which is available for both Android and Apple devices, serves a lot of different purposes. It guides users through the correct operation of the devices, telling them where to place the sensors, etc. It also allows the user to store a history of readings, and create multiple profiles for different family members. It provides baselines to help determine what readings are normal, and stores data in a secure cloud where it can be shared with the user’s own physician or with Doctor on Demand, should the patient choose to do a video visit.

The device also integrates with HealthKit, though the developers warn that since Apple Health doesn’t support multiple accounts, only one person’s data can be shared to Apple’s app.

The connected medical kit, both devices and a carrying case, are set to ship in July, according to the company. The planned retail price is $149, but devices can be preordered for $109.