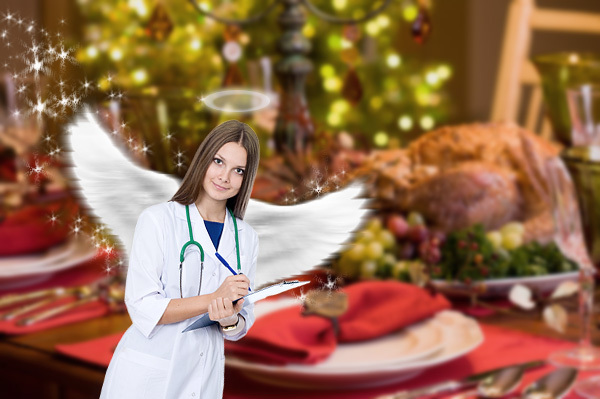 While the world squabbles over the relative merits or otherwise of the John lewis Monty the penguin ad (16 million views) and a certain WW1 footballing (10 million views) spot I thought I’d divert your gaze to Pharmaland’s big Christmas campaigns for a quick overview.

And I must say this year’s crop are laying on the schmaltz like only the great pharma ads can.

First up is the new Viagra spot, which launched in the middle ofI’m a celebrity.

For those of you who missed it, it features a rosy-cheeked man in his sixties with a hipsterish long white beard and a big wobbly belly, which could be full of jelly, but it’s hard to tell.

The Rosy-cheeked hipster in the Viagra ad

He and his saucy 25 year old wife are hanging up their stockings on Christmas eve but simply can’t find anywhere to hang them. Nothing seems to catch and there are no hooks in their wooden cabin….but wait a minute…a small blue pill and a glass of water later and the young wife’s eyes widen as she looks downward…and yes folks, problem solved and the stocking is hung.

The endline…’We’re up for Christmas, are you?’ was a nice heartwarming touch.

The equally heartwarming Lipitor ad first hit our screens duringXfactor and aims to remind us all that Christmas lunch and all the hullabaloo of the party season is no reason to lose control of your health.

It features a doctor the size of a ‘good angel’ who lands on a patient’s shoulder during the party season. She wags her fingers as she whispers in to his ear.

The final scene is our patient hero as he is served a nice green salad at a big family Christmas lunch and while everyone else is happily tucking in to turkey he munches cheerily on a lettuce leaf and sips a glass of sparkling water.

The song is a reworded version of ‘white Christmas’ with the words ‘I’m dreaming of a slight Christmas’ replacing the original.

The endline ‘It’s what Christmas is Cholesterolabout’ is cheesy (low fat) but heartwarming.

The Warfarin campaign started life on youtube and has become a social media sensation even before it dominated our screens with Colin the Christmas clot. As you no doubt will have seen on your Facebook or twitter feed, it features the heartwarming animated story of a small blood cell who is looking for love but simply can’t find a partner to ‘get together with’.

Even at Christmas he has no luck at the office party, until his eyes meet a lady blood cell’s eyes across a crowded dance floor.

They smooch to Frankie goes to Hollywood’s ‘power of love’ and are about to kiss when a security guard with the word ‘Warfarin’ on his lapel steps in and separates them. He angrily points to a sign that reads ‘STRICTLY NO CLOTTING’ and Colin is booted out of the party and we see him walk dejectedly to the bus stop.

The voice over tells us, ‘Because bleedin’ Christmas is about notgetting together’ in what I presume is Ray Winstone doing his usual cockney performance.

I know I had a lump in my throat when I first saw it.

Lastly the campaign for Aracipt featuring an old lady who is left all alone in a nursing home on Christmas day until her entire family show up to give her presents. I loved her line “who are you all again?”

At this time of year when people are over indulging and generally disregarding their health with gay abandon it’s nice to see that the pharma advertising industry is making the most of it and really ramping-up the communications beyond just flu vaccinations.

I mean, imagine if we just totally ignored it and didn’t maximise it at all?