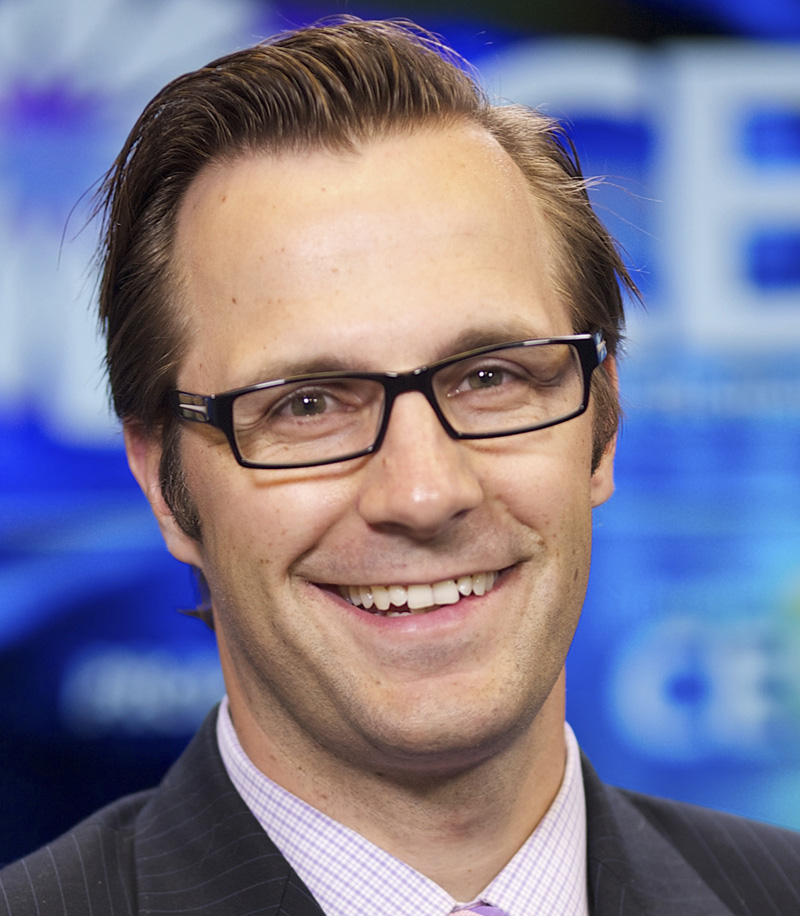 Wearables are crafting the foundation for a future wherein it is possible to both know more about yourself and to know it with greater precision and frequency. The gains from consistent and systematic tracking of relative health metrics will be profound – forever changing the conversation about how healthy we are. As diverse and siloed systems begin to speak to each other, we will gain a more holistic view of not only how healthy we are looking in the rearview mirror, but also potentially how healthy we might be in the future if we stay on a given course.

Until fairly recently, the only “digital” health device most people had was a bathroom scale. And the only feedback that scale provided was your weight – in pounds or kilograms.

Today, scales like Withings’ Smart Body Analyzer track not only your weight, but also your Body Mass Index and your pulse, feeding that data wirelessly to an app on your smartphone, so you can see whether that extra trip to the gym (or extra croissant at the weekly sales meeting) made a difference. Increasingly, you can share across apps so you can tie-in digitized information from all corners of your everyday life – from what you’ve eaten to how active you’ve been.

Mobile computing and smartphones are changing the way we use the Internet — and, more fundamentally, the Internet we use. The personal nature of the mobile phone has empowered companies to create a more personal Internet experience – the Internet of Me! Perhaps in no other realm is it more personal than with respect to our health and wellness.

When you think of the Internet and health, it’s tempting to imagine the web as solely a resource and repository for information.  A Pew Research Survey found 72 percent of Americans who use the web had looked online for health information, and 35 percent said they had used the Internet to self-diagnose a medical condition. Forty-one percent of the self-diagnosers told Pew that they had had their conditions confirmed by a physician.

That sounds good until you realize that it also means that nearly six in 10 Americans self-diagnose incorrectly or without the advice of a medical professional. Content on the web isn’t always reliable or accurate, and doctors know a lot more than most of us about what’s going on inside our bodies. The question is, how can we harness the power of apps, sensors and the “quantified self” to help medical professionals keep us healthier? The possibilities for digital wellness go far beyond Googling a list of symptoms for a tentative self-diagnosis.

Do you track any of your health information, such as weight, diet, heart rate, blood pressure, exercise or sleep patterns? If you track just one, chances are it’s weight, if only because it’s the most visible indicator of relative health and the easiest metric to monitor. Pew reported 70 percent of Americans track at least one health indicator for themselves or for a loved one, but 49 percent do so only “in their heads.”

Keeping count in your head is fine, but in most cases, that’s notoriously unreliable and inconsistent. It’s slightly more reliable if you’re doing it with pencil and paper in old-school diary fashion, but that requires discipline and invites separate issue of “misremembering” the data you’re logging.

For manual tracking to be of any value, you have to write it down, and do so religiously, be it every food item to cross your lips and its calorie count, your water intake, how much exercise you get, how many hours of sleep each night, and/or whatever other metric you might want to track. More, you have to constantly and consistently analyze the numbers and attempt to decipher what it all means. That’s so cumbersome that, by this point, 99 percent of us will have given up.

Wearables take the hard work out of tracking, providing a more readily available picture of our “quantified self.” But seeing all of the benefits of holistic measuring still remains cloudy today.

When she proudly shared her data about calories burned or sleep hours with her friends, she wrote, “[I]nstead of looks of amazement or encouraging applause, I receive perplex[ed] looks and dubious smirks.” They were in essence saying: Why bother if you don’t need to lose weight, or you’re not an athlete in training, or if you “don’t have a pathology to monitor”?

Pirofalo concluded that the data monitoring was a legitimate goal in itself, but beyond that, the main result was an “awareness of self.”

“For example, now I know that I sleep far less than I thought and…less than I personally need,” she wrote. “Now that I know that sleeping [six hours and 40 minutes] is not enough for me to feel rested the day after, I feel the stimulus to go to bed earlier.” And because of the personalized content that the apps push on her phone, Pirofalo has cut down on sugar consumption, and she now walks rather than drives short distances if it makes the difference between meeting her daily 5,500-step goal or falling short of it.

That sort of positive reinforcement is the “micro” benefit of wearables and automated health data tracking, but there is a “macro” benefit as well. Consistent, systematic tracking, recording and assessing of health indicators would help greatly in identifying medical problems much earlier, which in many cases makes treatment simpler and less costly.

After all, the data is there, whether we’re tracking it or not, and the technology is available, so why not “Just do it,” as Nike used to say?

IHealth, for example, makes a range of Internet-connected health trackers, from scales and wearable activity monitors to glucometers and pulse oximeters. When paired with an accompanying smartphone app, these devices not only capture the data, but also record and chart it.

Now, if we could transmit that data to our doctor, who would then be able to analyze, for example, a full year’s worth of blood sugar, blood pressure, heart rate and other health metrics, rather than just a single reading on one random day during a physical exam, it has the potential for taking preventive health care to a whole new level. Think of it as the difference between a snapshot and a motion picture.

If the data streams generated by these wearables were lined up against others, such as one’s personal calendar, it might be possible to discern a correlation between behaviors and health outcomes —maybe even causation. Once you tie multiple data streams together, patterns start to emerge. We find an uptick in weight coincides with a monthly night on the town with the boys at the sports bar for beers and Buffalo wings, prompting health-focused behavioral modification – in this case perhaps fewer beers and wings or more activity prior to the monthly outing.

When patients can consistently track their own health indicators, there will be less need for doctors to do it once a year. And so, this form of digital data will fundamentally alter the doctor-patient relationship. Until now, doctors have relied heavily on anecdotal health information related directly by the patient in the examining room, however incomplete and inexact as it might be. Going forward, the physician could have reams of data captured over an extended period of time covering an array of a patient’s health-related issues, unfiltered and precise.

Even if doctors see their patients less, they will know more — much more — about them, perhaps even details the patient is less forthcoming about. Confronting uncomfortable truths — and thus removing the guesswork — about health and lifestyle choices is part of effective health care.

The digitization, connection, and sensorization that is unfolding everywhere around us is making real-time and continuous health metric tracking possible for each of us. It has the potential to forever change how we make decisions and how we manage our healthcare.

Shawn DuBravac is the chief economist of the Consumer Electronics Association (CEA)® and the author of Digital Destiny: How the New Age of Data Will Transform the Way We Work, Live, and Communicate. Follow him at @ShawnDuBravac.