In research it’s always nice to hear that respondents ‘liked’ your idea.

The problem is people like a lot of things, pictures of puppies, pretty colours, the way the model looks strong, the happy setting of a family on holiday because it reminds them of that time in Corfu.

It doesn’t really mean they’ll remember it though, at least not just for that reason alone.

I always love that question when you hear it in a research one to one. “Which one of these concepts would you remember most?”

As if they know!

Not to say it isn’t a valid expectation, fixing a permanent spot in the HCP’s mind iskind of what we should be aiming for, obviously.

If you have ever had the pleasure of seeing one of his shows it is literally a marvel.

If you didn’t know better and if he didn’t admit he isn’t one, you’d swear he was a genuine psychic.

It appears he can read minds and predict the future.

And his ability to memorise things is incredible.

But it’s based on simple techniques that he writes about in his book A trick of the mind.

One of them is this:

If you want to remember a list of random items, it helps if you visualise them meshed together to create a strong visual image in your head.

To demonstrate the difference try these two techniques. First, give yourself one minute to learn this list of ten things in this exact order:

Okay, go away and try writing them down in that order and see how far you get.

Now try the same list but this time link the two images together in a visual picture.

A pair of red shoes on a giraffe

A cloud emanating from a banana

A banana inside a clam

A clam peeing in a urinal

A guitar in the middle of a country lane

A country lane made of grey carpet

Now try the same exercise and write them down again. A bit easier to remember isn’t it?

That’s because memory is linked closely to the visual side of the brain. If we can visualise it, we remember it better.

That’s why so many of the great ad campaigns have strong visual elements.

It’s also why concepts with people on the beach or at the park and a line about their data are likeable but forgettable.

It’s why you forget most of the advertising messages you are bombarded with every day.

It’s why even strong headlines are often visual too and paint a picture. 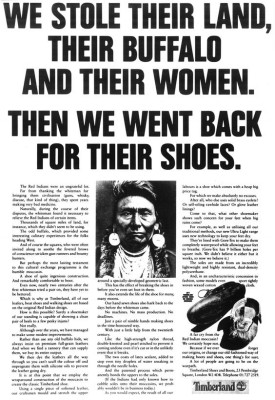 So what can we learn from this little trick of the mind?

Well it might help agencies and clients take a different view of that part of the research debrief that says the respondents ‘like’ an idea.

As I said, people like a lot of things.

But the things they remember are the ones that are a square peg in a round hole. The ideas that subvert, twist, shock or surprise.

It’s why a picture of a lightbulb or an egg may be likeable but isn’t memorable, but a lightbulb, cracked like an egg somehow is.

SXSW; the hype, the highlights and what this means to healthcare – by Claire Knapp
World Health Day 2017 – paying tribute to the global ’Healthcare Heroes’