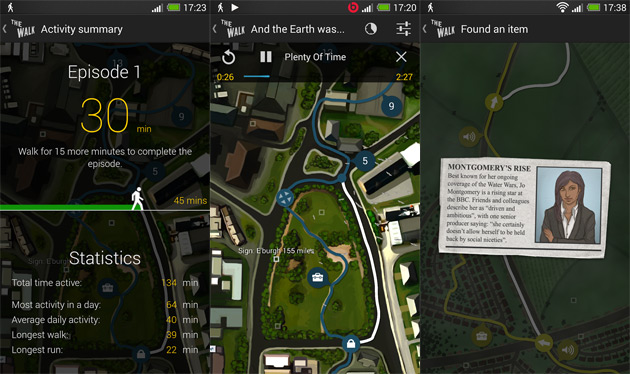 We recently saw  the release of The Walk, an iOS and Android game backed by the UK’s Department of Health. It’s the second release in a collection of apps funded as part of the UK’s Small Business Research Initiative (SBRI). The first – StepJockey, an app that lets you map, locate, rate and log the calorific expenditure of staircases around your city — came out on Monday. All five apps in the program encourage you to move more, or change negative habits. Can an app improve your life? At the very least, we’re guessing the Department of Health — having just spent £2 million on this round of investment — thinks so. This is part of a growing trend, that could see government agencies in the UK taking a leaf out of Silicon Valley’s book when it comes to solving (health) problems. Read past the break to find out why it’s putting so much money on third-party digital initiatives.

Your mission is simple, ensure safe transit of a package from Inverness, to Edinburgh — and in the process save the world. Only one problem: a terrorist attack has rendered all motorised transport unusable — you’ll have to go on foot. That’s the premise behind The Walk. The concept isn’t complicated — encourage players to preambulate in the real world as part of an apocalyptic game narrative. Your phone’s accelerometer tracks your movements, unlocking levels and hours of story-telling audio which drive the plot along. Simple, fun, effective. The game’s predecessor (Zombies, Run!) uses similar mechanics, and currently encourages over 750,000would-be Shauns (or Eds) to escape pursuing Zombies whenever they go for a jog. By lowering the requirement to walking, it’s hoped almost everyone can benefit this time. The focus is on increasing general daily movement, rather than dedicated, prescribed and sometimes prohibitive training routines.

There’s no question the theory is simple: apps that encourage activity, or responsible drinking, could cut down on healthcare requirements through prevention, negating the need for cure. In turn, it could also take a bite out of the estimated £8 billion that obesity and alcohol related diseases cost the UK’s health service each year. More interesting, is that the Department of Health is funding external mobile start-ups and indie developers at all. We asked it why, and were told it’s just as much about nurturing innovative ideas (where they can compete with more conventional fitness apps such as Nike+, MapMyFitness and Adidas miCoach) as it is about encouraging lifestyle change. 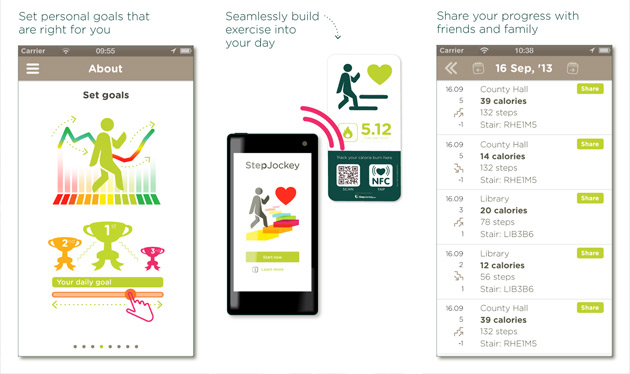 The motivation might initially be the potential (and hard to quantify) savings through a healthier public. But using apps to achieve this is an idea the US government iscurious about also. The UK’s Department of Health claims it’s also about the broader goal of encouraging jobs and economic growth. By supporting projects like The Walkor StepJockey – apps that otherwise might not have the resources and reach that government backing can allow — it hopes they stand a better chance of gaining traction with the public. Perhaps most significantly, though, the government is encouraging left field thinking, about problems that the larger sport brands have typically thrown money at internally, namely how to get us to move more (and buy their products to do so).

The Department of Health isn’t just funding apps, either. It’s currently also offering a £3.6-million prize-pool for technology-based kidney care solutions. The criteria simply being that it must be able to be used in either the home, community or in secondary care. This is a move we’re more used to seeing in silicon valley, such as Google’s approach to bug finding/fixing, but with perhaps slightly more far-reaching outcomes for humanity as a whole. For Six to Start (the company that developed The Walk), however, the backing is validation of an idea. For the advocates of gamification, it’s rare vindication by the government, and for global brands like Nike/Adidas? It’s a bit of a kick up the butt. For us? We’ve just taken our first steps into The Walk, but already we can see how apps like this could encourage the general public to at least think about adding in a few more daily footsteps. Unarguably in the right direction, too.