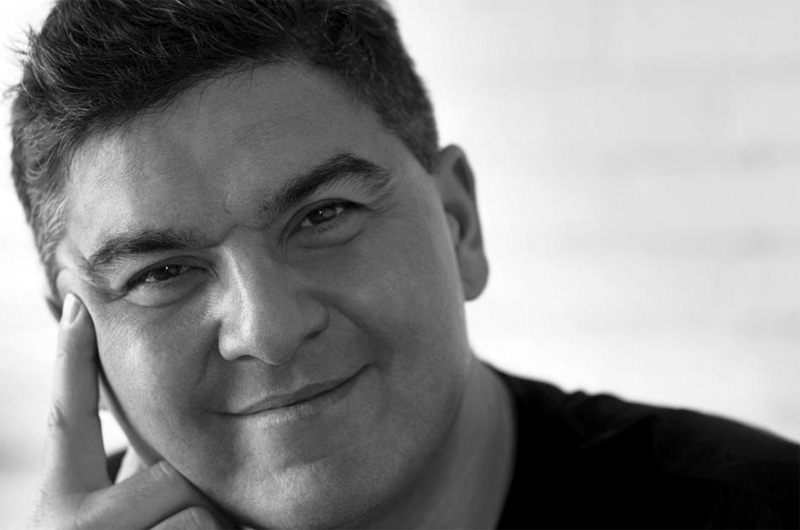 BBDO Guerrero Chairman and chief creative officer David Guerrero was part of the One Show Advertising Jury that sat in Santa Barbara this month. Here’s Guerrero’s 10 points he picked up from the experience that he shared with Campaign Brief Asia – that may be of use as you put together the finishing touches on your case studies for the Lions Health, Creative Floor and IPA Best of Health awards!

Santa Barbara, the venue for this year’s One Show judging, is about 90 miles up the coast from LA. It’s America at its most prosperous: at the beating heart of #firstworldproblems. Panini shops sit next to Psychics (‘We knew you were coming’). Dog groomers jostle for attention next to digital detox consultants. And of course the best-selling car is Toyota’s guilt-driven Prius. (To better understand the natives I rented one for the week.) Having said that, the week’s star celebrity sighting – Ewan McGregor – was driving a Bentley. Others to drop by the venue, if not the judging, were Kurt Russell and Yo-Yo Ma (carrying his own cello).

The judges themselves – or at least their work – were only slightly less famous. With John ‘dumb ways’ Mescall, Anselmo ‘sketches’ Ramos and Colleen ‘Old Spice’ de Courcy in attendance. The full line up is shown here (and pictured below). One thing about the One Show is that there is no discussion about the metal: until it comes to the Best of Show. That means there was quite a lot of discussion in the breaks about what we were seeing in our judging groups. Some of this may seem desperately obvious to you. But it might confirm some existing beliefs. Or simply answer the inevitable question ‘what were they thinking?’

1. The execution is the idea. No one argues about that. And you are painfully aware of this fact when judging. Every aspect of a film comes under intense scrutiny. Sometimes before the judging has even started. And the best work in this show was examined and admired for frame-by-frame flawlessness.

2. The entry video is the campaign. It’s all we ever see. And frankly it needs to be considered as the ultimate execution of an idea. Without it we will never know the underlying work. The system is open to abuse. But videos stretched over thin cases usually show through. As do chummy attempts to talk directly to the jury. And don’t expect to get it right first time. Stories are told of campaigns that got nothing first time round being re-edited and winning next time. And the talk was of certain ECDs going through 50 revisions on a single film.

3. Impressions aren’t always good. Views are regarded as suspect. Numbers are nice but generally not believed. So quantify and justify. Everybody has no budget. Everybody has explosive twitter, facebook and blogger reactions. And nearly everybody has breathless news reporting as well. That doesn’t mean you shouldn’t include these things. But just be aware that they are an entry video category generic. Like showing a gear change in a car commercial. Or a drinking shot in a beer ad. You may feel you need it. But don’t expect to get a prize for it.

4. The fundamental issue is important. What is the purpose of your activity? And to what end have you foisted your communications innovation on the world? Weighty subjects tend to do better. But beware the massive over-claim. The notion that your bar coaster has somehow brought about world peace is less than credible. And will send judges running from the ‘in’ button. You would also be amazed at how encyclopedic the collective knowledge in the room can be. Just about any awarded piece of work from the last 20 years can be recalled with a quick search and presented for (unfavourable) comparison.

5. Videos are subject to cut-off. You get a fair shout. But once everyone has voted on a piece we move on. Sometimes this is because the piece is brilliant. And everyone knows it. So there’s no need to see the whole thing. And sometimes it’s because the opposite is true – or appears to be true. That’s why it’s vital to get the best parts of your case up front. Don’t wait for a big reveal. Or decide on a slow build-up. Start strong. Stay that way. Finish.

6. Judges care about categories. Enter appropriately. You may be able to rack up finalist points by entering every category known to mankind. But to go further you will need a strong connection to your chosen category. Otherwise you could easily end up going broke with nothing to show for it. The wording of the category name on the entry kit is often read out as a guide to whether the entry is prepared properly or not. Do not expect sympathy for getting it wrong. People will try to see the positive in a piece of work. But if it’s badly argued it won’t get through.

7. Lack of enthusiasm can help. Every voice over on every video is incredibly excited and earnest about how wonderful the work is. Sometimes a deadpan delivery can help it seem more credible. ‘Like, you know, we don’t really care if you get this or not but this really was the most incredible thing you will see in the show and if you don’t get it that’s your loss.’ It can work. Especially if the underlying piece has some intrinsic merit.

8. Craft categories are opportunities. As entrants we sometimes see these as less prestigious than the ‘main’ categories. But the copy and art direction categories offer a special freedom. It doesn’t matter if your writing was applied to a mega-budget commercial or a hand-written piece of direct mail. Or if your illustration covered a wall or a postage stamp. It’s a level playing field. And if it’s good, it’s good.

9. There comes a time towards the end of nearly every entry video where the phrase: “But most importantly…” is used. This is sometimes replaced with “But best of all…” or even “But at the end of the day…” Try avoiding these phrases. Along with the line ‘zero media budget’ even if you really did have zero media budget. And the inevitable follow-on: “gaining 20 million dollars in earned media.” For some reason it’s always 20 million. A number big enough to sound impressive. But not so huge that questions will be asked.

10. The One Show is one of the least political, most fun judging experiences you can have. The people are dedicated to championing excellence in our industry. They are knowledgeable about and sensitive to the work. And the pressure is so far off you can’t find it even if you try. It’s definitely a US-based show. But there is no resistance to seeing the best work from overseas come through. So yes, it’s worth entering. And very much worth winning a precious pencil. Good luck to everyone currently preparing entries. May your work get the video it deserves.